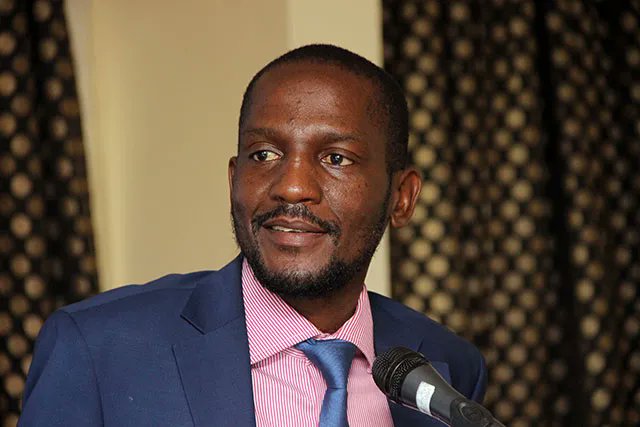 The National Assembly’s session on Wednesday ended on a sour note after opposition members walked out of the chamber in protest against what they termed abuse from the deputy minister of works and transport, Veikko Nekundi.

Nekundi completed his prepared statement during a discussion of the mid-term budget review without the presence of opposition members.

The Swapo lawmaker used the minutes allocated to him to contribute to the budget debate by launching a barrage of attacks on the opposition.

Nekundi was in a combative mood from the onset, as he seemed unimpressed by the opposition’s criticism of the mid-term budget tabled by finance minister Iipumbu Shiimi.

He started off his verbal assault against the Namibia Economic Freedom Fighters (NEFF).

“I understand parties like NEFF are under serious pressure from Malema, their Pretoria-based president, to dislodge the Swapo party,” he said. “But they must stop forthwith for the sake of the country.”

Nekundi seemed to have a particular axe to grind with the official opposition, the Popular Democratic Movement (PDM), whose members have been critical of the mid-term budget review.

He accused PDM members of advocating a violation of the Constitution, while reminding them that “your job is to approve the budget” as stated in the Constitution’s article 63.

Nekundi said the Swapo-led government had to correct the PDM’s past “racial and injustice-driven allocation” by confronting the budget deficit.

“Moreso, the opposition’s budget was [for] a far lesser population as many had to leave the country to fight them, the oppressor. Today, the opposition who were against freedom and independence […] want to lecture us on how to make budget allocations. So, in comparison to this budget, the PDM now, the DTA, was a criminal budget, it was a genocidal budget,” Nekundi charged.

However, what broke the camel’s back was when Nekundi accused the opposition of being hypocrites and opportunists.

“How hypocritic and opportunistic they are, when we are talking of the past and how it relates to today’s suffering they will jump without minding hitting their heads on the roof. But when it is genocide because their focus is on the vote from our Namas and Otjiherero-speaking people, historical facts are now important,” Nekundi said, as National Assembly speaker Peter Katjavivi struggled to calm emotions in the chamber.

Opposition members also got infuriated when Katjavivi stopped them from continuing to interrupt Nekundi, due to time pressure. They reacted by clearing their desks, amid pleading from Katjavivi for them to calm down.

“Honourable members, please sit down, okay, okay – if that’s what you want. Bye-bye,” Katjavivi was heard calling after the departing opposition members.