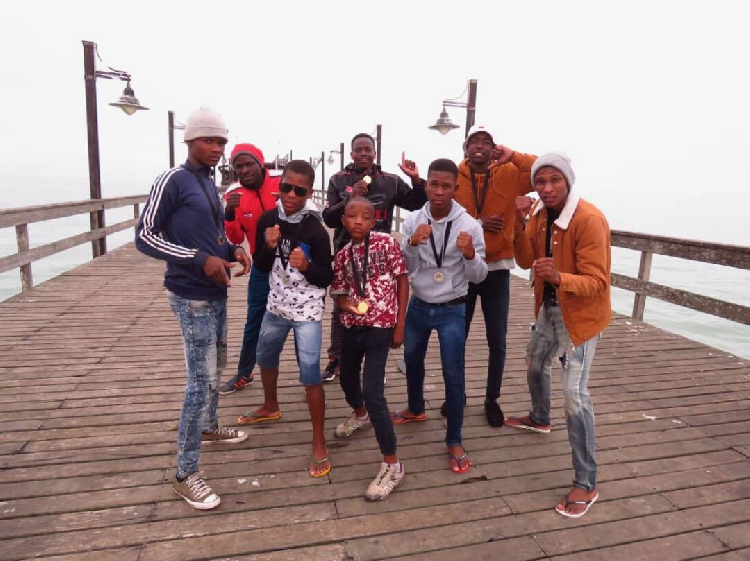 THE Khorixas Boxing Academy lavished praise on their fighters after an excellent showing in the Future Champs competition at Walvis Bay over the weekend.

The tournament for amateur pugilists was organised by the Erongo Boxing Federation, together with the Walvis Bay-based Namib Boxing Academy.

The display shows the Kunene region can be a force to be reckoned with in the future, says Cladius Matsuib, coach and co-founder of Khorixas Boxing Academy.

“We dominated and did pretty well. We got two gold medals and six silvers. My boxers gained experience and very good exposure,” he said earlier this week.

That type of exposure will greatly enhance the fortunes of the likes of Mbapeua Kaisuma (14), who was the youngest boxer from Kunene region to win gold.

“I am very excited to win gold. I am looking forward to more fights and getting more medals,” the youngster says.

Kaisuma, who weighs 34kg and was part of the junior category, says: “Our boxing club is moving forward. Expect more.”

“I am delighted and ready for more competitions. We are looking forward to the upcoming Otjiwarongo Agribusiness Sports tournament,” Tjiroze says.

He hopes their good showing attracts sponsorships to the stable similar to receiving two pairs of sparring gloves and three punching bags from Albertus Tsamaseb Boxing Academy after the tournament.

He was delighted to represent his hometown of Khorixas and “is waiting for next year to fight in the same competition”.

The Khorixas Boxing Academy fighters are not strangers to the podium. They won 10 silver medals during the Governor’s Cup in May.

Several businessmen from Khorixas and Outjo assisted the boxers to compete at the Future Champs competition.

Meanwhile, Matsuib hopes to use the morale-boosting performance to change negative perceptions around the sport code in the region.

“Other boxers’ parents are supportive. Ours are uninformed about the benefits of boxing. However, this will not keep us from winning medals,” Matsuib said.