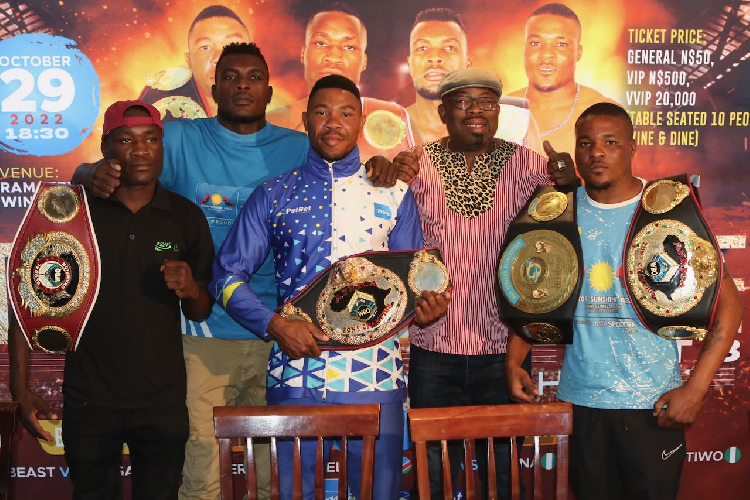 MTC Nestor Sunshine Promotions yesterday announced it had paid outstanding purse monies to the foreign boxers who competed at the Together As One Part 8 showcase on 29 October.

The stable’s founder and promoter, Nestor Tobias, said the pay dispute which lasted nearly three weeks had been resolved, and that the visiting pugilists have finally returned to their home countries.

During the “world-class event”, four Namibians successfully retained their international titles at Ramatex in Windhoek.

“MTC Nestor Sunshine Promotions has a clean record when it comes to honouring our payment commitments, and that is because we operate on very transparent and professional principles guided by the support of a highly professional boxing board,” Tobias stated.

The statement did not clarify the cause of the delay in processing payment, with the decorated promoter saying nothing sinister held up the pay.

The agreement was that Tobias would pay the travelling boxers the day after the fight.

“We do, however, acknowledge that there has been a slight delay in processing payment, which is totally acceptable practice in boxing where visiting boxers would get paid via wire transfer after the fight, with anything between one and two weeks after the fight, depending on what was agreed upfront,” Tobias explained.

“In this case, the boxers opted to leave with their money in cash, and we gave them the option to either wait or fly back to their countries and receive the money in their accounts. As stated, this practice is totally normal.”

While waiting for their unspecified share of the purse, the boxers and their handlers were “afforded five-star treatment as far as accommodation and other amenities were concerned until they returned to their countries”, Tobias said.

“There is therefore no bad blood between us and these boxers, because they know we treated them very well.”

The event also saw Paulinus Ndjolonimus knocking out Delali Miledzi of Ghana in round seven to retain his WBO Africa super middleweight title, while Charles Shinima won his 15th consecutive pro fight when he retained his WBO Africa welterweight title with a sixth-round TKO victory against Tiwo Olowu of Nigeria.

“No visiting boxer to Namibia will ever be mistreated in any way, and that is why Namibia has become Africa’s capital of boxing, welcoming boxers of across the African continent and the world, and selling the country as a preferred holiday destination,” said Tobias.

Pensioner (92) among five who take their lives