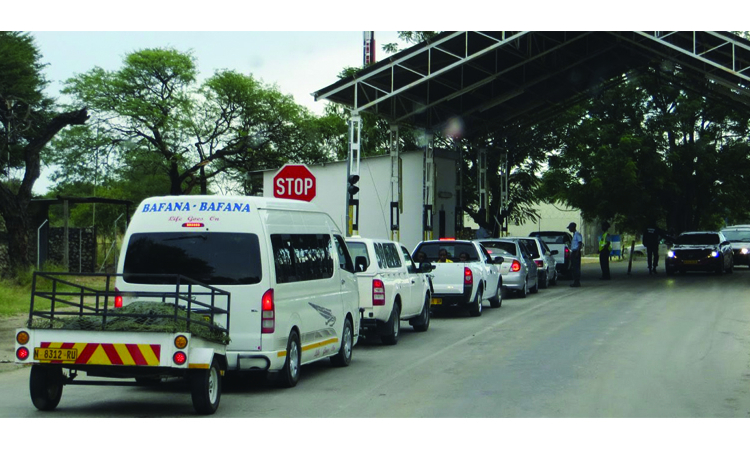 FARMERS in the northern communal areas say the veterinary cordon fence (redline) has become a political football, instead of serving the purpose of being an animal disease control measure.

The debate around the redline, which separates northern Namibia from the central and southern parts, persists, with calls for its removal getting louder.

Amupanda filed a constitutional challenge on the redline in May 2021.

The chairperson of the Kavango East Regional Farmers’ Association, Adolf Muremi, says the redline should be moved to accommodate small-scale commercial farmers north of it.

“Small-scale commercial farmers in the Kavango east and west, as well as Oshikoto should be accommodated so they can also sell to lucrative markets.

“Diseases do not occur at small-scale commercial farms only,” he says.

Shali Kamati, the chairperson of the Omangeti Farmers’ Association, also supports the removal of the redline.

“The government must remove the redline and introduce regular vaccines. Look at Botswana, they do the same, and no diseases break out,” he says.

A recent Directorate of Veterinary Services survey revealed there are more than 1,15 million head of cattle north of the redline, including 771 192 goats and sheep.

South of the redline, there are 1,35 million head of cattle.

The chairperson of Ohangwena Regional Farmers’ Association, Martin Nghilombo, says farmers are reluctant to sell their cattle to Meatco.

He says many farmers sell their livestock to individuals, which is not profitable.

Nghilombo says the association is educating farmers on the best channels to follow to sell their cattle.

“There is a need to make northern farmers understand the importance of selling their cattle to Meatco. Farmers in the north still have the culture of keeping too many head of cattle while they are suffering,” he says.

He calls on the government through the Ministry of Agriculture, Water and Land Reform to provide farmers with necessary facilities.

“I think that would help us market our cattle,” Nghilombo says.

Kamati also refers to the lack of market access for cattle north of the redline.

“Now we only do local marketing. We slaughter them locally and do local consumption,” he says.

Muremi says markets are opening up for northern communal farmers, including in Ghana, Angola, the Democratic Republic of Congo, and Tanzania.

However, farmers can only benefit if the Rundu and Oshakati abattoirs are operational.

“The only abattoir is the one in the Zambezi region. We have the Rundu abattoir, which is a white elephant. They keep telling me it is almost complete . . . it has been more than two years,” Muremi says.

Chilinda says farmers in the Zambezi region are selling their cattle to the Katima abattoir, which has a limited capacity compared to 183 069 head of cattle in the region, as per the latest survey.

He says the lack of market access in the region is alarming.

“There is a market at the Katima abattoir, but this only takes a small amount of animals.

“What makes it even worse is that supermarkets around Katima Mulilo are still taking meat from south of the redline,” Chilinda says.

“We would like the government to at least open the market so we could be able to supply hospitals, army barracks, the police, prisons and all the schools. That is what we are looking forward to,” he says.