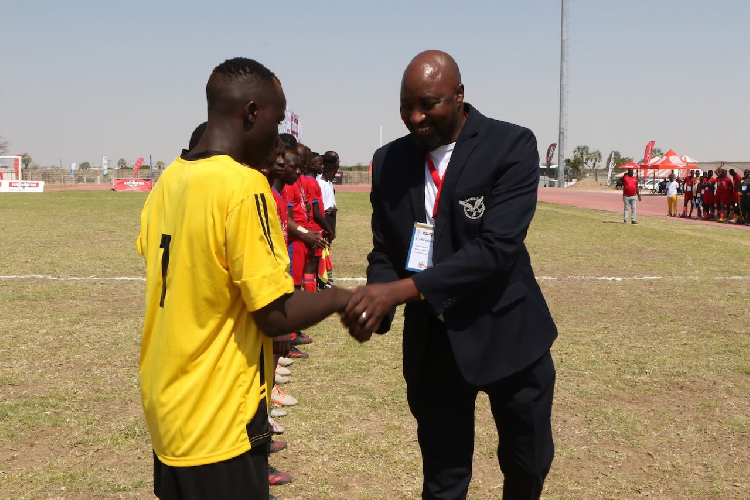 NAMIBIA Sport Commission (NSC) chief administration Freddy Mwiya has said his differences with sport minister Agnes Tjongarero are “water under the bridge” after the High Court ruled in his favour in a case against the latter.

Mwiya approached the court after Tjongarero refused to endorse the former sport commission board’s decision to award him a contract extension. Tjongarero had instructed that the position be publicly advertised before firing the board just days before their term lapsed in May “on account of deliberate insubordination and ignoring directives from the appointing authority, as well as a directive from the office of the attorney general”.

Contacted for comment through her personal assistant, the minister had not responded to The Namibian Sport’s query by the time of going to print yesterday, while Mwiya said he looks forward to remaining in his portfolio until August 2027.

“I believe everything is still normal. Whatever has transpired over the past four months is water under the bridge,” he said.

“I will focus on sport development and we look forward to ensuring that we deliver beyond measure,” he said regarding his mandate.

Interim NSC board chairperson Nicky Kamwi Mbaimbai promised to comment on the issue but had not done so by the time of going to print.

“What I can also indicate is that there are no hard feelings against any of my political leaders. I look at my minister as a parent to me; a person that we admire,” Mwiya said.

“What we have to look at is how best to work towards one common goal. We are all employees, employed to ensure that we serve [the nation]. I think that’s what we’re going to do,” he said.

The court ordered that Mwiya’s salary, which was also a bone of contention, be in line with first-tier state-owned enterprises for his function.

The Namibian previously reported that Mwiya’s remuneration package rose from N$753 000 annually to over N$1,2 million on 1 April 2018. Tjongarero was of the view that the bumper salary increase was not done within the framework of the relevant legislation.

“We have to concentrate now on seeing the various challenges that our country is experiencing, especially if you look at the aspect of infrastructure development,” Mwiya said.

“It’s really something that we need to focus on as we move forward to see how best we can mobilise resources to ensure that our athletes, especially those in rural areas, also benefit like what has happened with [Christine Mboma] and many others.”