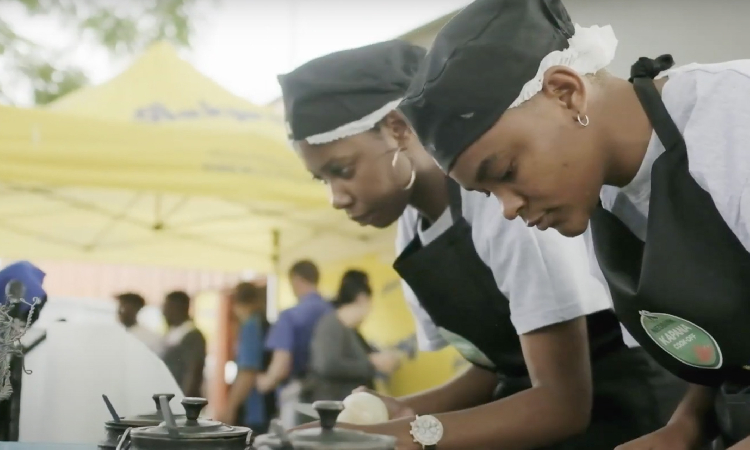 The soft-spoken 33-year-old Amuyagele could not contain his excitement when he was announced the winner after beating eight other competitors at the final, which took place at the trade fair.

He walked away with a fully furnished mobile kitchen trailer worth over N$100 000, a Nedbank account with N$10 000 and a Bakpro vetkoek flour voucher valued at N$5 000.

Amuyagele, who initially heard about the competition in 2016, says he was hesitant to enter before because he felt he could not win.

“When my friend told me about this competition about six years ago, I was not ready to take it on. When he convinced me to consider taking part in the competition again this year, I applied to take part in the northern round, and the rest is history,” he said.

He thanked the sponsors and the organising committee for the event which aims at uplifting small and medium enterprises (SMEs) in Namibia and encouraged current kapana vendors and aspiring chefs to take part in the competition next year.

Amuyagele said, “I advise all my peers to take part in the competition. I would not have made it if I did not get that entry form and worked to make sure I get to this point. I know you can get there too.”

At the prize-giving ceremony was the Nedbank Africa region’s managing executive, Terence Sibiya, who explained the importance of fostering positive relations in the SME market.

“It is going to take a collective effort to reinvigorate the economy and Nedbank has committed itself to make sure it will contribute to attaining that goal.

“From our perspective, we are proud to be associated with initiatives like the Nedbank Kapana Cook-Off Competition, which positively shape the SME communities and bring pride to us as Africans,” Sibiya said.