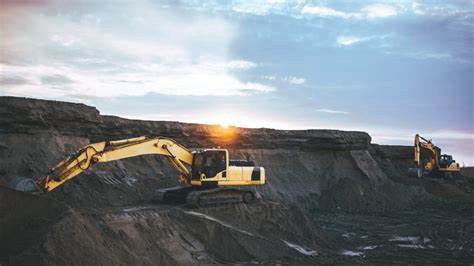 The Zimbabwe Defence Industries (ZDI) recently got a special permit to export raw lithium by the government, under “controversial” circumstances. The state arms manufacturer, which has been mired in dire financial straits for some time, got the approval to export lithium in October 2022.

The special permit comes in the wake of Zimbabwe’s latest ban on raw lithium exports, a development that has garnered widespread interest across the world. ZDI has an expansive “investment portfolio in mining” and the hope is that the special permit will alleviate its financial woes in the context of economic sanctions imposed on it by the West. The United States first imposed sanctions on ZDI in 2005.

Permission to export lithium can only be granted under special conditions, with a written permission from the Minister of Mines and Mining Development.

Of late, Zimbabwe has experienced a sharp surge in lithium mining and production, given the sudden discovery of vast lithium deposits in the country. Foreign multinational mining corporations and illegal artisanal miners are all engaged in lithium mining. Lithium has increasingly become an immensely profitable metal because of its use in the manufacturing of modern technologies chiefly batteries.

As reported by the Zimbabwe Independent, the state arms manufacturer was granted the permission, “under unclear circumstances”, to ship 10,000 tonnes of unprocessed lithium every month to China. The US and China are the world’s leading consumers of lithium—but Zimbabwe Defence Industries cannot sell the mineral to the US because of sanctions.

ZDI’s application, granted by the Ministry of Mines’ chief director Mercy Manyuchi, intimated that the parastatal was “well positioned to obtain lithium ore from a mine in Chikwanda Communal lands in Masvingo.”

An anonymous source revealed to the Zimbabwe Independent: “ZDI applied for permission to export lithium ore.  The company declared that they would obtain the lithium ore from a mine under the registration number: 17079BM, in Chikwanda Communal Lands in Masvingo Province. ZDI was granted an exemption letter to export lithium ore in October 2022

“[The Mines and Mining Development Ministry has no] traceable record of ZDI’s involvement in exporting nor mining of one of the most important minerals in high demand globally today…the ministry has no record of any lithium ore export by ZDI to date.”

Zimbabwe stands as the world’s fifth largest producer of lithium, with a staggering production of 1,200 metric tonnes recorded in 2021.

It is against this backdrop that ZDI hopes for a crucial financial resuscitation given reduced financial operability and profits in recent years. Among its operations, ZDI used to rely on its small arms ammunition output that was mostly exported to professional hunters in the United States—but this crumbled following Executive Order 13391 passed into law by George W. Bush in November 2005.

It is hoped that Zimbabwe’s latest ban on raw lithium exports portends good news for the country—that the processing of raw mineral materials will lead to value addition that will help drive economic growth in Zimbabwe.

How Yoga can Change your Life? | The African Exponent.

Actors of Industrialization in Africa | The African Exponent.

How to Play Online Roulette | The African Exponent.