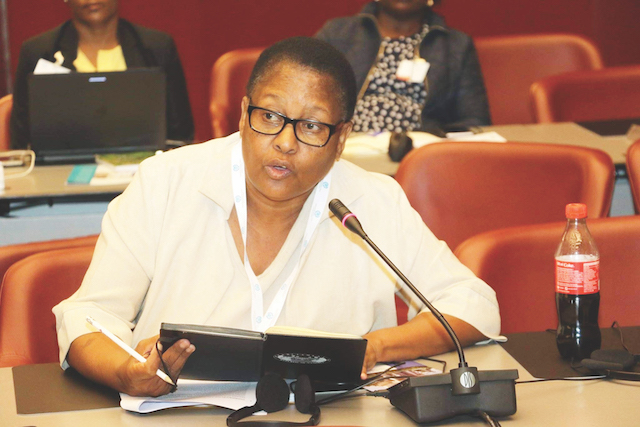 POPULAR Democratic Movement parliamentarian Elma Dienda wants the government to write off the water debt for disadvantaged communities who cannot afford to pay.

“When one looks at the background of all the people who accumulated high debts on municipal bills, you cannot believe that we, as elected members, have allowed this type of inhuman treatment to continue,” she said on Tuesday.

Dienda was contributing to a motion the Landless People’s Movement introduced on water debt write-off in local authorities.

“Write off water debts of local authorities for those who cannot afford, like pensioners who are only surviving on the government pension of N$1 300 per month, the unemployed and people with disabilities,” she added.

She believes municipalities, town councils and village councils in Namibia should start showing the aspect of humanity.

“[It] would be a great step towards ensuring that every Namibian is guaranteed access to water while allowing residents to start afresh with current and new water payments,” she added.

Dienda argued that the continued increases in water and electricity prices led to the accumulation of debt for the residents.

“[This is] one of the leading factors why people cannot afford to pay their debts with no increase in salaries, pension pay outs and the high unemployment rate in Namibia,” she said.

The PDM deputy chief whip then accused the government of having the highest unpaid water bills.

“Here I’m not referring to the write-off of government debts, which for years are in arrears. We are all aware that the culprit of non-payment of municipal bills is the government of Namibia,” she said.

God Save The World – The Namibian