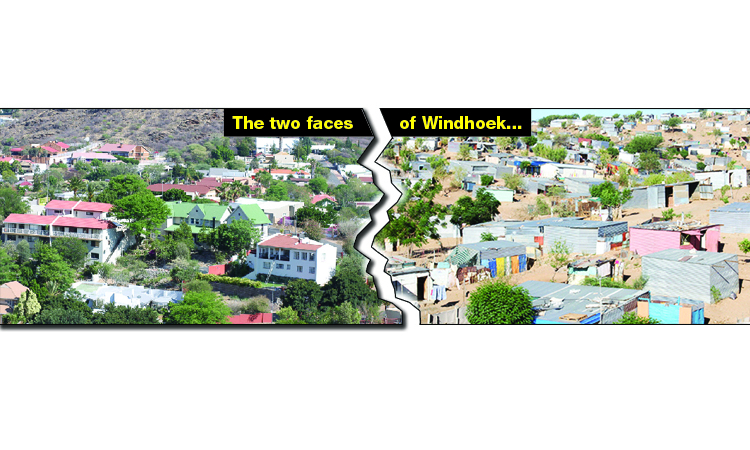 SOME residents of the affluent suburbs of Windhoek East do not want informal businesses trading in their area, saying they pose a health and safety risk.

They aired their disgruntlement during a community meeting with the City of Windhoek last week.

“We are coming out of a pandemic where we lost people and something needs to be done on how it should be managed. It is not safe at all. It [informal trading] is not healthy at all,” one resident who did not identify himself said during the meeting.

He believes that informal businesses should not be allowed because of their impact on the area’s property value as well as the number of taxis in the area.

“I don’t know why these things are being allowed in Windhoek. It is devaluing the property. Klein Windhoek is actually going down in terms of its property value,” he said, amid cheers from other residents.

In September, the City of Windhoek discussed plans to bring open markets into the city centre, claiming the areas where vendors are trading from are degrading the face of the central business district.

This proposal by councillor Queen Kamati was prompted by the lack of adequate planning, which has led to a few open markets and the illegal mushrooming of vendors around Windhoek.

‘WE PUT YOU THERE’

The residents also grilled the municipality leadership over the service delivery in their area.

They also reminding the councillors that they were elected into office by them. The resident raised concerns on the municipality’s spending and the informal businesses in the area among others.

One resident, who has been living in the constituency for 40 years, lashed out at the municipality’s leadership, saying they put the councillors in their positions.

“Let me remind you who put you there and why you are there. It is our money; it is not yours. You are spending money on travelling costs to Dubai,” he said.

He further claimed that the municipality has been spending money while business owners have been forced to cut costs.

“I own a small company and during Covid-19 time I had to cut costs dramatically, when I cannot see that happening in the City of Windhoek,” he said.

The elderly resident said the residents could also choose to stop paying for services, as he expressed his discontentment with service delivery.

“You fix water pipes three or four times and who is paying for that, us. Please be aware, it is our money. We put you there to look after our interests,” he said.

Other residents took issue with the salaries of the municipality’s staff members, the allowances as well as subsistence and travel allowance.

They specifically mentioned the salaries of 50 city bus drivers who are each earning N$600 000 per annum.

The Windhoek municipal council’s annual allowances of about N$850 000 paid to its mayor is the highest paid by a local authority in Namibia, with other local authorities, such as Walvis Bay and Swakopmund paying their political heads between N$35 000 and N$50 000 per month.

The Namibian reported in 2019 that the Windhoek chief executive officer at the time was paid more than N$3,7 million annually.

WE ARE TRYING, SAYS COUNCILLORS

Windhoek councillor Sam Nujoma explained that the trips the municipality’s leadership take are educational to implement better services for the residents.

He explained that their Dubai, Jamaica and Brazil trips reported on recently are not in vain but to be able to yield results for service delivery opposed to the reports focusing on the costs.

Addressing the claims about the city’s spending, Windhoek’s finance executive, Jennifer Comalie, explained to the residents that the municipality has managed to save almost N$270 million over the last three years.

“We are saying that we are trying to solve these issues… it is not something that will be solved in the next year or six months. We are looking at plans [on] how to improve cash flow,” she assured the residents.

The chartered accountant also told residents that they are working on reducing the wage bill of the municipality.

Comalie told the residents that the city’s debt stands at around N$1 billion, while their assets are at N$20 billion.

“Our overdraft facility is currently standing at N$200 million.

For the new building, we currently owe about N$140 million on that and then there is also a very old debt that we are carrying from the central government… that debt is sitting at around N$700 million,” she explained.

She reassured the discontented residents that the municipality is addressing service delivery.

Give Local Entrepreneurs a Chance