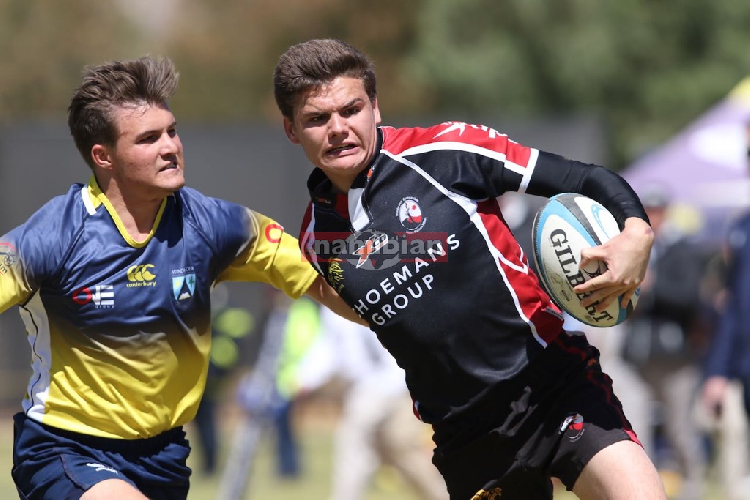 Although WAP (or Affies, as they are affectionately known) are the defending champions, having won the tournament in 2018 and 2019, before a two-year break due to covid, Windhoek Gymnasium have had the upper hand this season and should start as the favourites.

They have beaten WAP twice this year – 16-15 in a friendly match at the beginning of the season and 37-17 in a league match on 20 August, and in fact, remained unbeaten throughout their league campaign.

They also thumped Moria Private School 50-8 in their semifinal last weekend, while WAP had to withstand a strong challenge from Windhoek High School before winning their semifinal 21-20.

Gymnasium coach Janneman Brand, however, said history would count for nothing in the final.

“The fact that we have beaten WAP twice this year will count for nothing in the final – it will just depend which team performs better on the day,” he said.

“But the spirit in the team is great and luckily we don’t have any injury concerns. It’s an honour to play in the final, we are very excited and looking forward to a great game,” he added.

“WAP have a formidable team with strong players and I’d say they are the favourites since they are the defending champions, but they will bring the best out if us,” he said.

Windhoek Gymnasium will be competing in three other finals – the u14 A, u15 A and u19 B finals, and Brand said they were ‘very proud and thankful’ while each team was focussed on Saturday’s finals.

WAP, on the other hand, have been beset by injuries and once again had to reshuffle their team following Saturday’s semifinals. Their experienced centre Jonathan Hanekom also tore his knee ligaments and their coach Johan Zaayman said it had been a difficult year.

“I feel very sorry for Jonathan, he lives for his rugby, but now he will need an operation and will be out for about a year. We’ve had a lot of other injuries as well, and it’s been very frustrating and difficult to build continuity throughout the season,” he said.

“We haven’t had the same centre combination for more than a game, and we also had to change our scrumhalf and flyhalf combinations the whole time so it’s been very frustrating, but I am positive. It’s going to be a huge challenge, but we are ready for them,” he said.

Zaayman said their preparations were complete and that they were ready for tomorrow’s final.

“We just had a lowkey buildup this week and on Friday night the team will go out, have supper together and sleep out somewhere, that’s how we always prepared for the final in the past,” he said.

The teams are as follows:

Three die at Swakopmund – The Namibian