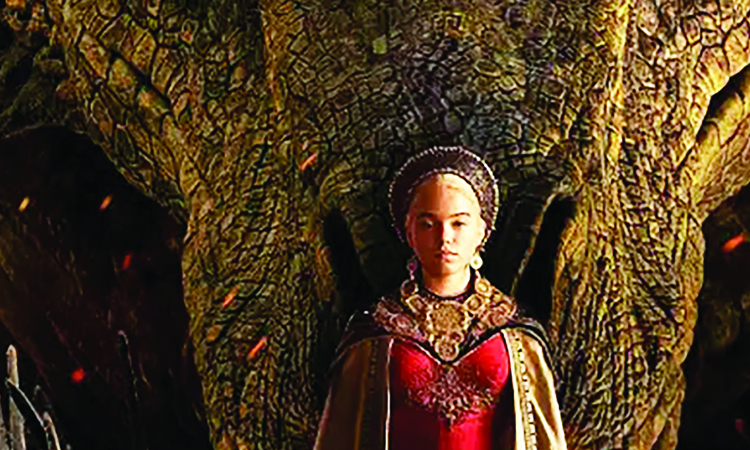 As streaming sits smugly on the iron throne of contemporary film viewing, there are a host of highly anticipated series just waiting to devour eight hours of your day.

From HBO Max’s ‘House of the Dragon’ to Netflix’s ‘The Sandman’, here’s what to watch this weekend.

After four consecutive weeks as Netflix’s number one show, the popularity of ‘The Sandman’ cannot be overstated. Based on the Neil Gaiman comic book of the same name, ‘The Sandman’ tells the story of Dream, the personification and king of all dreams and stories, and his fellow Endless.

Starring Tom Sturridge as the somewhat dour yet enigmatic Dream, the series is lavishly rendered as the mythical seeps into the modern world. Beautifully told, excellently cast and notable for its wealth of black and queer characters, ‘The Sandman’ follows the story of Dream’s capture, his hunting of his stolen sigils and escaped nightmares, and the rebuilding of his kingdom as a Dream Vortex threatens to destroy the waking world and the dream realm.

Stream this for a gorgeously escapist yet poignant new series in which Death, played affectingly by Kirby Howell-Baptiste, is nothing to be feared.

‘House of the Dragon’

Fans of ‘Game of Thrones’ have already returned to Westeros as ‘House of the Dragon’ takes flight on HBO Max. Set 172 years before the birth of Daenerys Targaryen, ‘House of the Dragon’ explores the history of House Targaryen replete with the family drama, underestimation of women, dragons and bloody politics that made the first of the franchise so famous. Just a couple of episodes in and starring Milly Alcock as the first female heir to the iron throne and Matt Smith as her disgraced uncle, the series is a deep dive into the Targaryen succession story, created by Ryan Condal and George R.R Martin and based on parts of Martin’s novel ‘Fire and Blood’.

A welcome and upgraded return to the Seven Kingdoms, ‘House of the Dragon’ has just begun but looks set to stun.

FX on Hulu’s claustrophobic but compelling new series takes us deep into the travails of a celebrated fine dining chef who swaps Michelin-starred restaurants for a Chicago sandwich shop after the death of his brother.

Starring Jeremy Allen White (Lip from ‘Shameless’) as Carmen ‘Carmy’ Berzatto, ‘The Bear’ situates us in the tight, hot and stressful scenes of a rundown urban kitchen where Carmy’s mission is to drum up sales, make hot Italian beef sandwiches and wrangle a staff complement who dearly loved his deceased brother but aren’t too hot on him or his fancy new methods, all while not having a nervous breakdown.

Also starring an excellent Ayo Edebiri as the shop’s spirited sous-chef, ‘The Bear’ is the raw kitchen dramedy you didn’t know you needed. The acting is great, the breakdowns feel real and the vibe is Anthony Bourdain’s ‘Kitchen Confidential’ meets ‘This is Us’.

Stream this for something a little different but entirely worth watching.

Ekandjo gives Swapo until Monday to add him on VP list