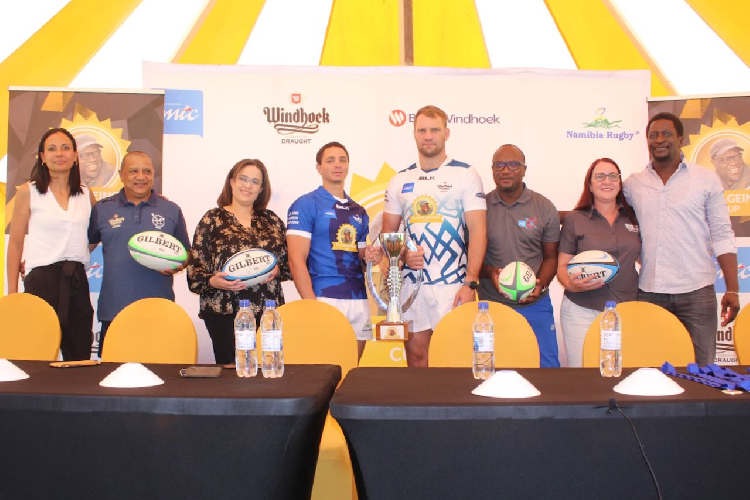 ALLISTER Coetzee is grateful for the “priceless game time” that the Hage Geingob Cup will provide his Rugby World Cup-bound Welwitschias.

Coetzee said it is no secret that finances are tight and getting adequate resources to prepare for the global spectacle was crucial.

All proceeds from the event will go to Namibia Rugby Union to help with preparations for the world cup, the organisers reaffirmed yesterday.

“It’s a great privilege and opportunity to start with our word cup preparations. We’ve got 11 months before September 2023, which is just around the corner. So, it is important for us to start now. It’s also great to start at home, where we haven’t had a lot of matches played in front of our local supporters,” Coetzee said.

Both sides are backed by Windhoek Draught, the cup’s main sponsor.

“If you look ahead where this game is going at the moment, looking at the English Premiership where two top clubs had to close down because of a shortage of finances, it’s really important to thank our sponsors for standing behind us. The Welwitschias thank you for your support,” he continued.

“We’ve prepared well. We’re looking forward to this game. The energy of the players is good.”

Coetzee will use the match to assess the 48 players in the squad before deciding on the 28-man travelling party to Europe for the test against Spain in Madrid on 12 November, and Canada in the Netherlands a week later.

“We’ve had two full squads training, which is good,” he said.

Coetzee anticipates a solid test from the South African outfit.

“Although we’ve got a lot of players injured in the back division, some long-term, it creates an opportunity for other players who I haven’t see during the qualifiers in France when we qualified for the world cup. It creates a bit of depth in the squad as well, which is one of the positive things,” explained the ex-Springbok coach.

“I’m happy with how the players have prepared this week and they can’t wait to play in front of you.

No one supports a losing team. So, whenever we run onto the field, we want to win. But it doesn’t always happen that way,” Coetzee said of the temperament ahead of the match.

Half of the squad are overseas-based professionals, and half are locals who have impressed this season, making for hot competition for places in the final squad for Europe.

“We’ve got systems and processes that we started in our first game when we went to Abidjan for the first qualifiers,” Coetzee said.

“We get better every time we meet as a group and we want to improve out systems. The process is still ongoing, but we will not forget that winning is important as well.

“On Saturday, we want to get off to a good start; it is always good to win. That will set us up for the two games after, one against Spain and the other against Netherlands in Amsterdam,” he said.

It is also just reward for the sport code’s progress and continued success stories on and off the field of play, he said.

“It started off as a football event that was celebrating the legacy of Dr Hage Geingob. Him being a former footballer, a sport lover and the patron of football,” said Shiyuka.

“But after many years of football, we had to do something different with the funds that the sponsors availed to us.”

Due to Covid-19 restrictions on sport, the project took on another dimension for the last two years.

“We’ve been investing in social programmes and not sport. So, we did orphanages, old age homes, maternity shelters in all 14 regions in the country,” Shiyuka noted.

“Now that the situation has changed, we’re back to sports. After consulting with his excellency and the sponsors, we agreed to do rugby. It is time for rugby. Rugby has qualified for the world cup; rugby had been doing very well, the admin and leadership.

Sevens contests featuring four teams of the Windhoek Barbarians and Rehoboth Barbarians, plus under-9s action will form part of the build up to the main event.