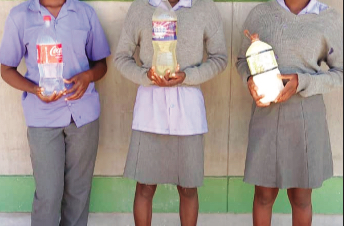 A WATER scarcity has hit the Omusati region.

Many schools in the region say they have been without water for a long time, and pupils are forced to bring containers of water to school to survive, while some schools are allocated water tanks by NamWater, which they say are insufficient.

NamWater spokesperson Michael Mikka says the water utility is aware of the situation and is working hard to resolve it.

He says the unavailability of water is due to canal refurbishment and the capacity of the water treatment facility at Outapi.

“The upgrading of the facility is underway, and we are waiting for some components to arrive,” Mikka says.

He says another factor is the old pipelines which distribute water to communities.

Mikka says NamWater has engaged the Omusati governor on the issue.

“The main water source, the canal, is still being worked on, but we are almost done,” he says.

Omusati regional governor Erginus Endjala says the water crisis in the region is not only affecting schools, but the entire region.

“We get water from Calueque Dam in Angola, and recently we had issues with the water pumps that burned, and only one pump was operating,” Endjala says.

The governor says the remaining pump is not working, which is why the water pressure is low.

“Even here at Outapi town, the water pressure is low,” he says.

“NamWater is hard at work to implement interim measures to address the situation,” he says.

Oshiputu Combined School says it has been without water for almost a year.

Paulus Shikolalye, the school principal, says the school has been left dry since last October.

“We have been receiving water from the regional office for some time, but they stopped,” he says.

He says the Directorate of Education in the region has told them the water truck is out of order.

Petrus Shiweva, a teacher at the school, says the school has 700 pupils and 23 teachers.

Onawa Secondary School is faced with the same problem.

Bekele Ruben, a teacher at the school, says the water crisis at their school has existed since 2018.

“We survive by fetching water to bathe and flush our toilets every day. We are a boarding school with 961 pupils and 59 staff members,” he says.

He said in 2019, the school built pit latrines, but they are dirty due to a lack of water. Pupils have to relieve themselves behind their hostels at night.

“NamWater and the regional office are fully aware of this, and they held a meeting which gave birth to the initiative of sending trucks to the school,” Ruben says.

Omusati education director Benny Eiseb says he is aware of the water crises faced by the schools in the region.

“The directorate does not provide water. NamWater has a mandate to do so,” he says.

“We have communicated to NamWater, the director of rural water supply, and even today we will have a stakeholders engagement meeting to discuss the way forward,” he says.

“NamWater is currently busy with upgrading its systems at Outapi, and the project is to be completed. Demonstrations will not solve the problem,” he says.

He said he took the matter to the minister of education, arts and culture as well.

Katire Intelligence, the secretary for basic education at the Students Union of Namibia (SUN), says the water crisis has a severely negative impact on the delivery of quality education.

“Girls are highly at risk during their menstrual cycle. A lack of water forces them to be absent from school,” he says.

SUN called for the ministry to resolve the matter within a week.