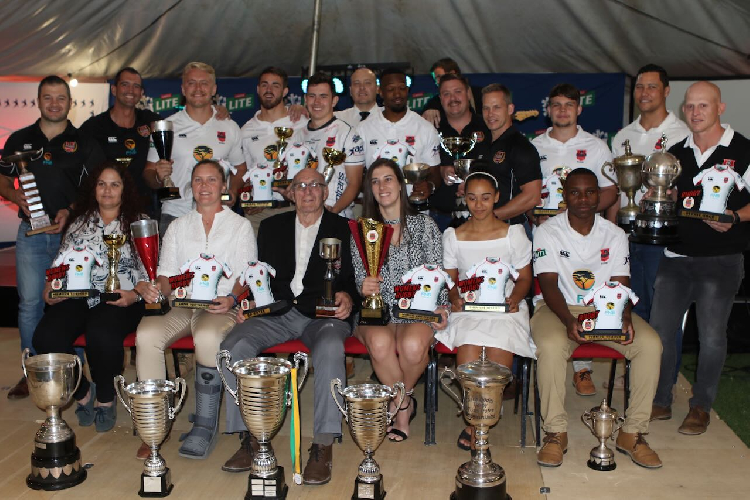 WANDERERS Rugby Club on Friday honoured its top players at its prize giving ceremony after a highly successful season that saw them making a clean sweep of all the major club trophies.

Wanderers became the first club to win all three major trophies, namely the Premier League, the Reserve League and the Women’s League titles in the same year.

Flyhalf Van der Berg, who also won the Players’ Player of the Year award, had a great debut season for Wanderers after joining them from North West University in South Africa at the beginning of the year.

He was their main points scorer, while his reliable goal kicking played a major role in taking them to the title. He also broke into the national rugby side and is currently on tour with the Welwitschias on their year-ending European tour.

Van Staden captained Wanderers to their debut Women’s League title while she was also a member of the Namibian side that competed in the Southern African Championships in Cape Town, South Africa earlier this year.

The other prize winners were as follows:

Forward of the year: Ober Nortje.

Back of the year: Nandi Karuuombe.

Supporter of the year: Apie Kotze