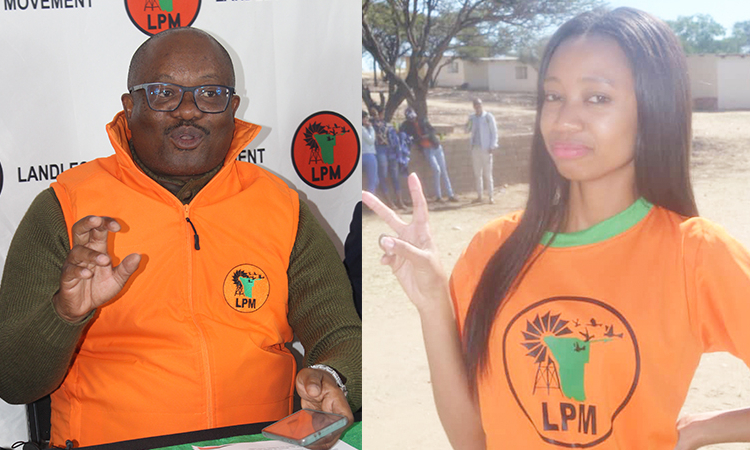 A MEMBER of the Landless People’s Movement’s youth wing says she feels degraded after the party’s chief whip, Henny Seibeb, told her to “voetsek” when she expressed her opinion on the party’s performance.

Elizabeth Cloete (25) says she had a WhatsApp exchange with Seibeb on Monday after she told him she agreed with prime minister Saara Kuugongelwa-Amadhila’s sentiments that the LPM is performing poorly in the delivery of services to southern towns. Cloete showed The Namibian a screenshot of their exchange.

Seibeb on Monday announced on WhatsApp that the party would hold a press conference on the same day to rebut the prime minister’s remarks.

Cloete then responded to his message, saying Kuungongelwa-Amadhila’s remarks were not wrong.

Seibeb advised Cloete to first listen to the press conference, to which Cloete replied: “Will listen later . . . but please, guys, pull up your socks. Talk to your councillors [in the region].”

Seibeb then said Cloete’s criticism was unnecessary and asked her to do some research.

To this she responded: “Trust me, we are doing our research. Trust me, you guys are failing people a lot, just trust me. Remember we are the children who were always on the ground.”

Seibeb responded by saying Cloete is lying, upon which she told Seibeb he is always angry and cannot take criticism.

“You are the ones who are always angry, can’t even take criticism when people try to help you. You make press conferences and shout like small kids. Grow up if you want to lead the country one day,” she wrote.

Seibeb then wrote: “Voetsek. Why do you even contact? You don’t understand politics, philosophy, economics etc.”

Cloete wrote: “Don’t care you guys are just knowledgeable, not intelligent, there’s a difference. So what if you studied all those and nothing is changing.”

She also told Seibeb: “Watch out who you are voetsekking. It’s because of our walking around and mobilising that you got seats. Be very, very careful. Undisciplined politicians just know how to insult people. Please put your energy into implementing staff since you are so smart.”

Cloete yesterday told The Namibian she feels exploited by the party as a young person and disrespected as a woman.

“We put so much in, use our own money for lunch when campaigning, and stay up all night during elections, but these leaders see us as nothing. They just exploit us for their own cause, and at the end of the day we are nothing because we are not from the upper class,” she said.

Seibeb did not respond to the allegations levelled against him yesterday.

Desert Storm not over: Moses