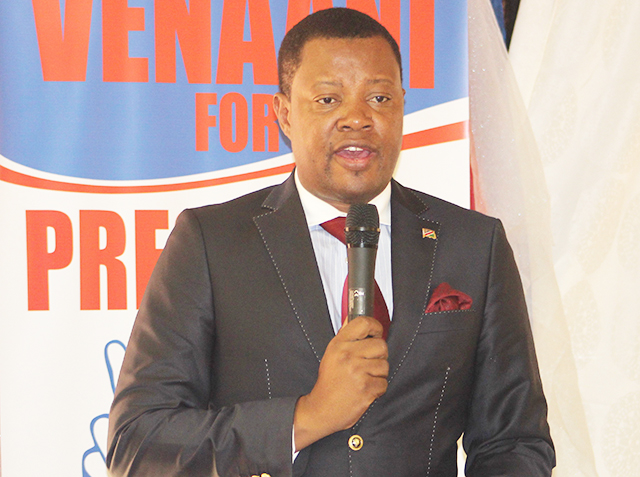 The country imported over N$100 million worth of maize from South Africa and Zambia in January this year.

Venaani in a statement released yesterday said this paints a bleak picture of the state of the country’s agriculture sector.

“Naturally, new, ingenious policies are required to achieve a fundamental and sustainable transformation of agriculture. With the adoption of relevant technologies and innovations, agricultural productivity can help promote food security and significantly reduce food importation.

“To that end enhancing agricultural productivity should remain on the central policy agenda for the government to promote structural economic transformation, with a renewed commitment to the fundamental role of agriculture in the overall development process – especially as it relates to long-term economic growth and poverty and inequality reduction,” he said.

Venaani said to harness the potential and energy of the youth for agriculture, a comprehensive and integrated policy and programme on rural development, sustainable and farmer-managed agro-based enterprises, as well as on markets and trade should be put in place, with special incentives and provisions for young farmers.

He called on president Hage Geingob to employ inventive and avant-garde measures to that effect.

“The estimated growth for 2022 represents a 0,2 percentage-point downward revision from the February 2022 release by the central bank (3,4%). While it is an improvement from 2,4% registered in 2021, the statistics indicate an overreliance on the mining sector,” Venaani said.

He said it is common cause that Namibia’s economic growth is largely dependent on investments in the primary sector.

As a result, he says value addition and beneficiation of minerals before the exportation thereof should be one of the key drivers of Namibia’s economic rejuvenation.

He urged Geingob to navigate these and ensure that the significant economic opportunities that exist in the upstream and side-stream linkages created by the sector are harnessed.

These opportunities could be a key factor in contributing to Namibia’s structural economic transformation process and to the United Nations Sustainable Development Goal number eight, which seeks to promote inclusive and sustainable economic growth, employment and decent work for all, he said.

Venaani reiterated his call to renegotiate Namibia’s oil stake and ensure the country receives a higher-equity stake than the mere 10% it currently holds.

He further urged Geingob to draw inspiration from the government of Papua New Guinea, which renegotiated an additional 7% of its oil stake, bringing it to almost 30%.

Loss-making Meatco gets bailout – The Namibian