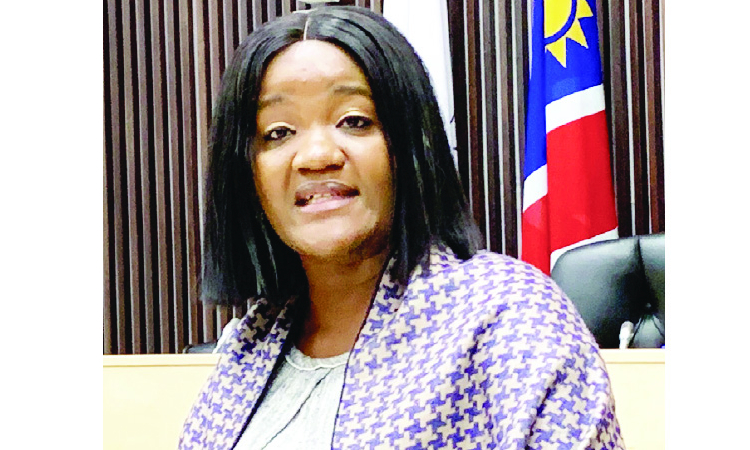 THE Namibia Local Authorities Workers Union (Nalawu) has asked the Anti-Corruption Commission (ACC) to investigate the City of Windhoek’s recruitment of a substantive head of the municipality.

The union is convinced the process was corrupt.

The council’s chairperson and mayor, Sade Gawanas, last month cleared the process, saying it was investigated as a result of a request from minister of urban and rural development Erastus Uutoni.

Uutoni last week asked Gawanas to present the results of the investigation and address Nalawu’s claims of corruption.

“This process was marred with glaring irregularities and intentional corrupt conspiracies to favour a specific candidate,” the union wrote in a letter to the ACC on Friday.

The union alleges that the current acting chief executive officer, George Mayumbelo, was the culprit.

“We have on documentations observed that George Mayumbelo played a pivotal role with his enablers, including councillors, that deliberately and unlawfully interfered in the recruitment process,” the letter reads.

Some councillors have in the past also accused Mayumbelo, among other people, of trying to influence the outcome of the process.

“Mayumbelo chaired the shortlisting committee and interviews for the position of chief executive officer.

“There was a clear conflict and a problem of governance. He shortlisted and interviewed his good friend, Mr Conrad Lutombi,” the union claims.

It further claims Mayumbelo, who is also the executive responsible for human resources matters, lied when he made a declaration of interest.

“He made a false declaration of interest by failing to disclose his relationship with Mr Lutombi, and instead falsely and intentionally declared that he has no interest whatsoever among the interviewers [sic], e.g. family member, best friend, bribery, favouritism, or any other relationship with the candidates,” the union claims.

It also accused the current head of the council’s management committee, Ilse Keiser, councillor Job Amupanda and Gawanas, along with certain councillors of a “well-orchestrated conspiracy to commit corruption”.

“This unlawful conduct following the irregularities and clandestine manner in which the decision of the previous management was [sic] reversed, the unlawful involvement of the councillors into the recruitment process amounts to corruption in our view,” the union says.

Gawanas says she has not seen the letter and “will wait for it”.

“The said complaint will be evaluated to see if it complies with the Anti-Corruption Act and if it meets the requirements necessitating the commission’s investigation. I am unable to say when this assessment will be finished though,” she said.

Uutoni last week told the City of Windhoek he cannot approve the appointment of Conrad Lutombi as the municipality’s head until the findings of an investigation on the recruitment process are available.