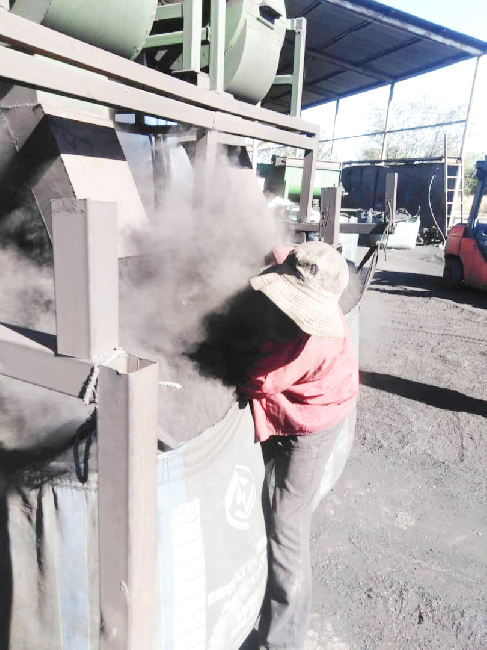 A WORKERS’ union has accused a charcoal production company, situated at Witvlei near Gobabis, of exploiting its employees.

Reginald Kock, the Public Servants Union of Namibia (PSUN) representative for the area, yesterday said the union became aware of the issue after workers told them of certain issues at Namchar earlier this month.

Kock said upon their arrival at the company, they were shocked to see Namibian workers being treated like low-class citizens.

“We asked the workers whether they have tried to engage the Ministry of Labour, Industrial Relations and Employment Creation so the labour commissioner can come and look at their situation.

“We were told the workers filed a complaint at Gobabis, and officials from the labour ministry came and spoke to the boss,” Kock said.

He said the officials had a meeting behind closed doors in the absence of the workers.

“The laws are not being implemented, regulated and enforced by the ministry,” he said.

Namchar’s managing director, Francios Wiese, yesterday said all allegations are false, and that he has engaged his lawyer.

“I don’t want to comment on that. This is absolutely ridiculous. Those photos were taken by someone who works at the packaging section. Those employees in the photos rubbed themselves with charcoal to make everything look bad,” Wiese said.

Kock claimed that not Namchar, but every charcoal-producing company in Namibia exploit workers.

“The workers are using simple masks that cost less than N$10 in the shops, and they use them for two months. You can’t use a simple surgical mask in an industry like that where you have fumes that will have an impact on your health,” he said.

Kock said according to industrial law, workers need to drink milk regularly to protect their lungs.

“For a couple of months now, the workers have not received this milk. And they have been requesting it, but the owner is refusing to give them milk,” he said.

He added they have discovered a pregnant worker who has not been placed on light duty.

“That is an indication that someone is violating an employee due to their condition. They are not guaranteed maternity leave. The boss just wants production to continue,” Kock said.

He said they wrote a letter to the workers’ boss on Monday to request a meeting with him, but he did not respond.

Kock said the union plans to visit the company next week to meet with Namchar’s owner.

He claimed the union has received information that employees who appear in certain pictures have been fired.

“We will engage the Ministry of Industrialisation and Trade to revoke his licence, as well as the labour ministry. At the moment, the workers say they don’t want to comment in the media as they are scared to be fired,” Kock said.