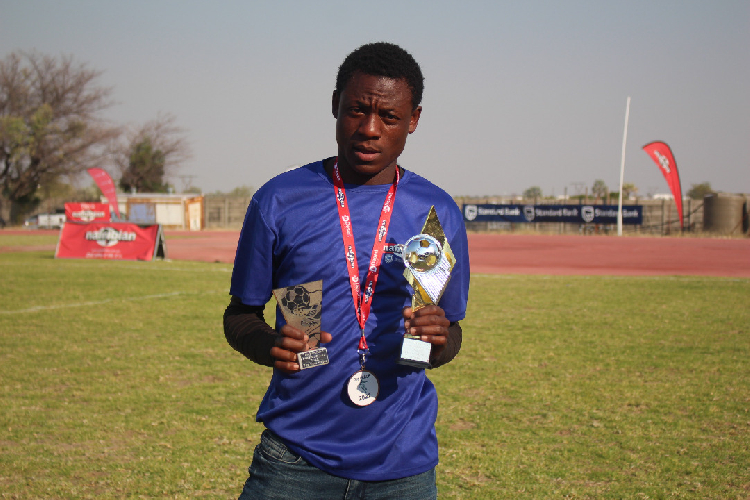 Young Warriors head coach James Britz has provisionally called up 40 players for a training camp ahead of the upcoming Cosafa Under-20 Challenge Cup in Eswatini.

The squad selection was completed after the finals of the Namibian Newspaper Cup, powered by Standard Bank, at Oshakati on Sunday.

Standout player at Oshana 2022, Martin Mandume of Ohangwena, who won the player of the tournament award and top goal scorer prizes, is included in the squad.

So too is winning region Zambezi’s agile shot-stopper Becksen Sibeso, who won the goalkeeper of the tournament award.

Additional scouting was done at recent Governor’s Cup tournaments held countrywide, with the rest, like the gifted McClune twins, graduating from the Baby Gladiator’s ranks.

“I want players who are hungry to learn, players who have some ability with the ball in all

departments of the game,” Britz said in a Namibia Football Association statement on Thursday.

“I am big on development, we have carefully and deliberately selected players who want to play for Namibia, compete at high levels of international football with big and fearless hearts to win.”

The scouts believe they have assembled a formidable group which will challenge for honours in Eswatini next month.

The provisional squad is as follows:

Top squash at Wanderers – The Namibian