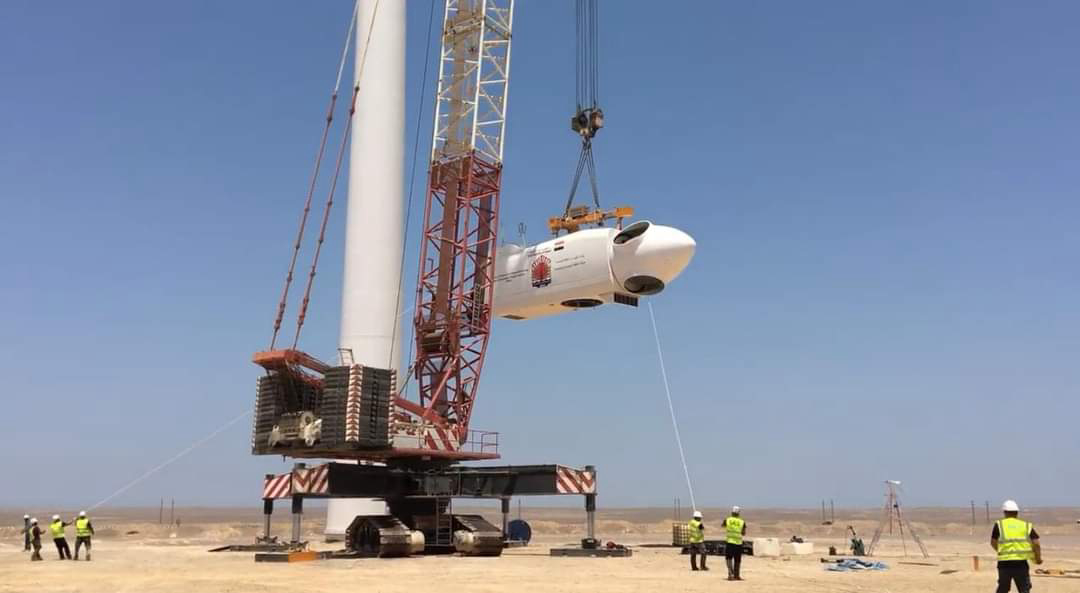 The wind farm would supply power of up to 10 gigawatts (GW), making it one of the largest in the world. Its annually clean energy production will be 47,790 GWh, which will offset 23.8 million tonnes of CO2 emissions – about 9% of the North African country’s current carbon emissions.

According to a report by Egypt’s renewable energy authority, the country’s total installed power capacity was around 59.5 GW in 2019/2020. The wind farm will be a significant improvement on this.

Masdar, which boasts of a portfolio of renewable energy assets with a cumulative value of over $20 billion and a total capacity of over 15 GW, said this project would be its biggest undertaking yet.

“With this agreement to develop our largest ever project, Masdar is proud to bolster our contribution to Egypt’s renewable energy goals,” Masdar’s CEO Mohamed Jameel al-Ramahi shared.

“The UAE and Masdar will continue to support Egypt’s net-zero goals and we will endeavor to take forward the gains made here at COP27 as the UAE prepares to host COP28 next year,” said Masdar’s Chairman and UAE’s Minister of Industry and Advanced Technology Sultan al-Jaber.

The wind farm is the latest development in Egypt’s Green Corridor Initiative, a framework comprising various renewable energy projects aimed at bumping up the renewable energy composition of the country’s energy mix to 42% by 2035. Consequently, the country would significantly improve its environmental sustainability.

The wind farm is expected to save the country about $5 billion in annual natural gas costs, spurring economic growth as an added benefit to its reduction of carbon emissions.

This is not the first time the two countries will be collaborating in the renewable energy scene.

Just in April, Masdar and Hassan Allam Utilities signed MoU’s with the Egyptian government to partner in developing 4 GW green hydrogen production plants in the Suez Canal Economic Zone and the Mediterranean coast of Egypt.

“As our two countries prepare to host the next two Cops [UN climate conferences], we look forward to working with our partners in Egypt to make practical advances in the energy transition that will provide significant benefits for the economy and the climate,” said Al-Jaber when the hydrogen plant agreements were signed.

Clearly, the UAE has made good on its declaration to continue working with Egypt and there will likely be many more collaborations in the future.

Meanwhile, elsewhere on the continent, there is an abundance of rocky relationships with respect to the UAE.

Just last month, the Middle Eastern country banned tourist visas for 19 African countries, only one of which was a North African country.

Tunisian Migration to Italy Reaches New High With Over 13,000 Migrants So Far in 2022 | The African Exponent.

Who Parties Best? 5 African Countries with the Most Lavish Wedding Celebrations | The African Exponent.