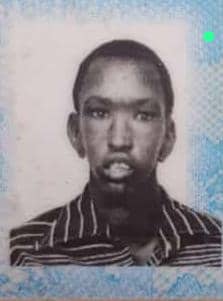 The body of Damion van Reen, a 40-year-old Namibian male, was found by a community search party on Tuesday at about 13h30.

The body was found in the hills along the D1088 road, on the outskirts of Gibeon, in the Hardap region.

Chief inspector Elifas Kuwinga of the Namibian Police public relations office said Van Reen went missing last week on Saturday. When he did not come home that evening, his brother began searching for him at Gibeon throughout the day on Sunday, but the search produced no results.

Kuwinga said Van Reen’s brother then circulated a missing person notice through the social media, from where a witness came forward and reported having seen him on Saturday leaving the D1088 road along an off-road path, in the direction of farm Hanus.

“First, he was seen at farm VryStaat on Saturday by 12h00 and again by 13h00, he was seen at a funeral house in Frans Basson section at Gibeon. He was wearing a grey T-Shirt, grey pair of trousers and blue All-Star tekkies,” said Kuwinga.

The chief inspector said members of the police and the public conducted a search in the direction the deceased was last seen and on Tuesday, the search party found his lifeless body.

“The body was transported to Windhoek for storage and further handling. The deceased person was well-known in Gibeon as a quiet person. His medical history is not yet availed to the police,” said the chief inspector.

Meanwhile, a decomposed body of a Namibian female was found on Tuesday a few metres from the gravel road to Berseba, about 10km from Tses.

The deceased has been identified as Sevelia Nakale, aged 44. She was reported missing last week on Tuesday at Tses police station in the ||Kharas region. No foul play is suspected and remains were taken to Keetmanshoop police mortuary for autopsy.

The next of kin have been informed in both cases and police investigations continue.