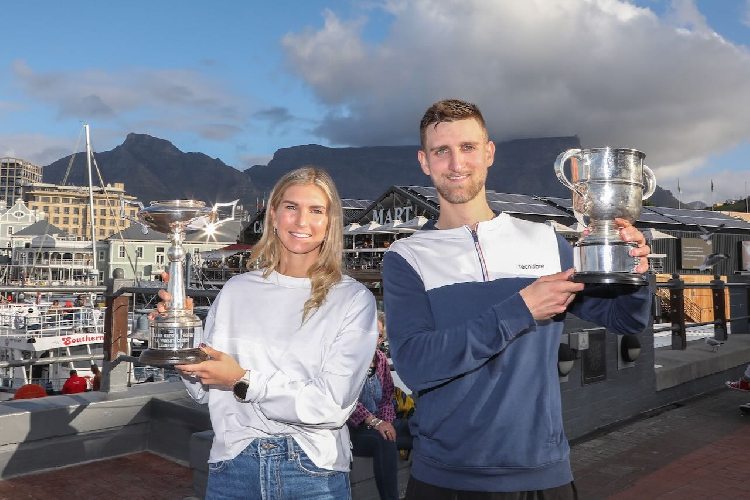 THE BDO Namibian Squash Open gets underway at the Wanderers Squash Club tomorrow morning with probably the strongest field ever assembled.

Dewald van Niekerk, who reaffirmed his position as South Africa’s top male player after winning the SA Open title in Cape Town on Sunday, is the top seed for the tournament that features several other South African, Zambian and Namibian players.

Tristan Worth, who came third at the SA Open, is a late withdrawal, but JP Brits (fifth at the SA Open), is the second seed, while another South African, Reuel Videler is the third seed.

They are followed by several Zambians, namely Manda Chilambwe, Elvis Ngosa, Samuel Kabwe and Preston Mhango, while another South African, Jimmy Schlebusch is the eighth seed.

The top Namibian seed, Devon Savage, is only seeded ninth overall, while there are only four other Namibians in the 32-man A Division, namely Max Endjala (seeded 11th), Danie Greeff (16), Emil Dorgeloh (17) and Christoff Knoetze (18).

In tomorrow’s first round, Savage takes on Joshua Roberts from South Africa, Endjala takes on Ngosa Musonda of Zambia, Knoetze takes on Ian Oosthuizen of South Frica, and Greeff and Dorgeloh will face each other.

The chairman of Wanderers Sports Club and avid squash player Steven Berry, meanwhile, had the misfortune of being drawn to play top seed Van Niekerk in the first round.

“Steven was praying that he wouldn’t face Dewald when the draw was made. You should have seen his face, he was very unhappy when he got that draw,” the vice chairman of Wanderers Squash Club, Jan Olivier said.

“He’ll probably be annihilated, but at least he will be able to say that he has played against someone of the calibre of Dewald van Niekerk in his career,” he added.

A total of 14 female players will also be competing for the women’s title, with the veteran Zambian Sharon Chimfwembe the top seed for the tournament.

The young South African, Dene van Zyl, who recently won the SA u16 and u17 titles, is seeded second, while Abigail Chanda of Zambia is seeded third and Chantel de Gouveia of Namibia fourth.

They are followed by Christine Mwachambo of Zambia, Vasti Oelofse of SA, Diana Musa of Zambia and Adri Lambert of Namibia.

There will also be a Men’s B Division of 32 players, while the total prize money sponsored by BDO amounts to about N$40 000.

The tournament starts at 09h00 tomorrow morning with play continuing throughout the day till about 21h00.

The schedule is the same for Friday, while play starts at 08h00 on Saturday, with the men’s final scheduled to start at 17h30, to be followed by the prize giving ceremony.

Who Will Pay For the NSFAF Mess?