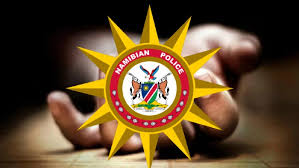 THREE men took their lives over the weekend, according to the police crime report.

A 34-year-old man allegedly took his own life at Etilyasa village in Okahao.

According to the crime report Salom Shuutheni’s lifeless body was discovered in his shack on Saturday.

The body has been transported to the Okahao police mortuary for a postmortem.

In a separate incident, a 35-year-old man identified as Lee Mac John van Wyk also allegedly took his own life on Saturday at Rehoboth. The next of kin were informed and no foul play is being suspected as a suicide note was left.

Van Wyk’s body was discovered by a passerby who then informed the neighbours.

The incident happened in an open garage at a house in Block G.

In another incident, a 30-year-old man identified as Johannes Ndilumunde took his own life on Saturday evening at Nomtsoub.

The body was taken to the Lombard State Hospital. No suicide note was found.