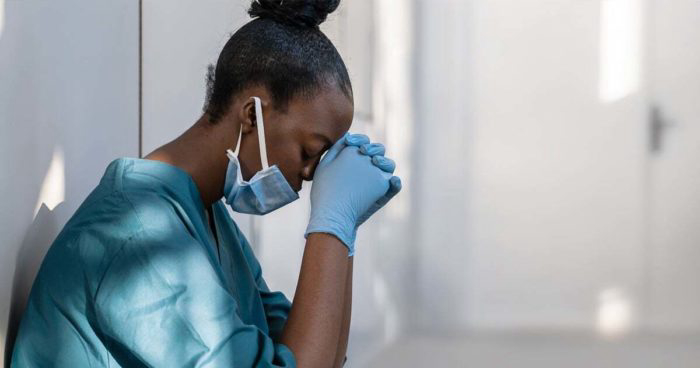 There has been an alarming trend of African healthcare workers being exploited in bonded labor schemes in the UK. This development has been described as modern-day slavery. Nurses and care workers from Zimbabwe and other African countries are deceived into moving to the UK by dishonest intermediaries who deduct up to half of their pay and make them live in misery.

The scam is taking advantage of the severe nursing and care staff shortages in British hospitals and nursing homes, as well as poor economic opportunities in Africa. Due to the economic crisis in Zimbabwe, thousands of educated healthcare workers are looking for work overseas. However, unlicensed agencies, frequently run by Zimbabweans and other Africans in the UK, are abusing them.

One victim of the scam stated that when you work for an agency in the UK, they pay you 100% of your wages, but an agency operated by an African will only give you 50%. For example, if you’re making £14 an hour, they will only pay you £7. After taxes are deducted, you are left with just £4 per hour, which is only enough for rent and food. The agency will justify this by saying that I sponsored you and paid for your visa and flight.

According to observers, exploitation does not start on arrival in the UK; it begins in Africa with the application procedure. Some middlemen want up to £5,000 from care workers in order to connect them with UK-based care organizations who provide Visa sponsorship. According to reports, many care agencies in the UK, run by Zimbabweans, are gifting the Certificates Of Sponsorship (COS) to their relatives and friends first and charging up to £7000 for anyone else. This violates British law and has created an enormous web of corruption.

UK law is very clear: for placing an employee, a recruitment agency is not permitted to charge a fee. However, this is challenging to enforce because most of these middlemen charging hefty fees are foreign and difficult to control because they are not subject to UK jurisdiction.

All this is happening because of The UK National Health Service’s (NHS) incompetence. The NHS workforce planning has been described as poor and ineffective. NHS England has also been accused of emptying other countries’ medical personnel. Zimbabwean hospitals recently complained that most of their nurses have left for the UK since January 2022. According to official statistics, Zimbabwe lost approximately more than 2000 nurses to the UK in 2022.

African countries are plagued by tremendous poverty, and nurses and doctors are looking for a better life. However, when they get to the UK, many discover they are in the same scenario as before, which experts believe is now too prevalent to ignore. Recently, there was an outcry on Twitter after a leaked care worker pay slip that supposedly showed wages of £2,255 was only left with £604 after their employers deducted administrative fees.

Although UK law permits businesses to deduct “reasonable costs” from employees’ paychecks, no worker may be left with a pay check that is less than the country’s minimum wage of £9.50 per hour.

Legal experts have encouraged African health care workers who are being exploited to get a qualified legal expert to represent them. These legal experts can offer guidance on how to get better treatment and protection, as well as assist in presenting evidence against their abusers.

How Do Disposable Vape Pens Work? | The African Exponent.