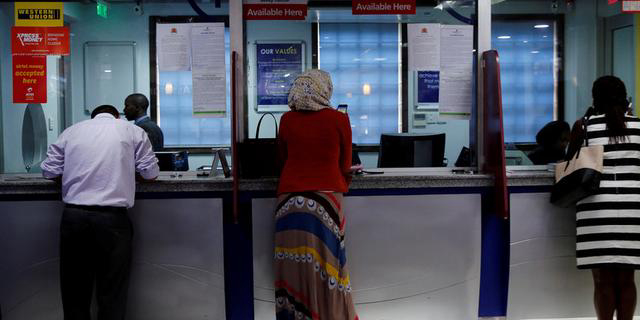 The banking industry in Africa is rapidly developing despite 57% of the population being unbanked. According to Statista, in 2022, 456 million adults were expected to possess a bank account, a significant increase from the 2017 statistics that reported that only 298 million African adults utilised bank accounts. African Business claims that African banks have managed to bounce back profit-wise post-pandemic. African banks are small by world standards, holding less than 1% of the World Bank’s total capital. However, African banks outperform almost all other regions in terms of profits. They earn twice as much as expected for their size, contribute 2% to global profits, and deliver a 20% return on investment. This is the third highest level in the world.

Founded in 1862 and headquartered in Johannesburg, South Africa, the largest bank in Africa has a presence in over ten countries, including Zimbabwe. Uganda, the Democratic Republic Of The Congo, and Tanzania. As of 1 January 2013, the South African bank has a total of $ 191-875 million in assets.

The bank was founded in Egypt in June 1898 and is the country’s largest bank in assets, deposits, loans, bank capital, total branches, and employees. In 2005, NBE acquired Mohandes Bank, established in 1979 as a commercial bank. It also acquired the Bank of Commerce and Development, known as “Al Tigaryoon.” According to Money Gate, NBE has $96.671 million in assets.

Third on the list is FirstRand Bank, a subsidiary of the massive FirstRand Group. It has branches in London, Guernsey, and India. FirstRand Bank offers a range of retail, commercial, corporate, and investment banking services in South Africa through three major divisions, i.e., First National Bank, Rand Bank Merchant, and WesBank. It operates in multiple locations across the continent—FirstRand Bank clocks in $91.701 million in assets.

Nedbank Group, founded in 1888, is a financial services group in South Africa offering wholesale and retail banking services as well as insurance, asset management, and wealth management. Nedbank operates in six other countries, including Eswatini, Lesotho, Malawi, Mozambique, Namibia, and Zimbabwe. Outside Africa, the bank has offices to provide international financial services for Africa-based clients in Guernsey, Isle of Man, Jersey, the United Kingdom, and the United Arab Emirates

Egyptian bank Banque Misr has been operational for 102 years and operates in over 500 locations. Banque Misr offers investment, venture capital, real estate, and portfolio management services. With a unique global presence, Banque Misr has pioneered the latest banking innovations nationally, includes one of the largest computer centres in the Middle East, and is Egypt’s largest credit card issuer.

Attijariwafa Bank is a Moroccan multinational commercial bank and financial services company founded and based in Rabat, Morocco. Attijariwafa Bank was founded in 2003 through a merger between Banque Commerciale du Maroc and Wafabank. With a vast international presence in cities like Paris, Brussels, Madrid, Barcelona, Milan, and Shanghai, the bank also has offices across Africa in Tunisia, Egypt, Senegal, Ghana, Mauritania, and Mali.

This major commercial bank, based in Casablanca, Morocco, also has offices in Germany, England, Canada, Spain, France, Gibraltar, Netherlands, and Belgium. Founded in 1926, its activities include banking, intermediation, and management services.

The large Moroccan commercial bank operates over 697 branches in Morocco and was known until 2020 as Banque Marocaine du Commerce Extérieur (BMCE). It is the third-largest bank in the country.

Rounding out the top 10 largest banks in Africa is South African-based bank Investec. Headquartered in Africa’s richest square mile and business hub Sandton, Johannesburg, it was founded as a small leasing and financing company in 1974, acquiring its banking license in 1980. Investec employs approximately 8,200 people worldwide and operates primarily in South Africa and the United Kingdom, with banking operations in Australia, Ireland, Switzerland, Mauritius, Guernsey, Hong Kong, India, Jersey, and the United States.

2019 Nairobi Hotel Attack: US to Reward $10 million to Anyone with Information on Global Terrorist | The African Exponent.