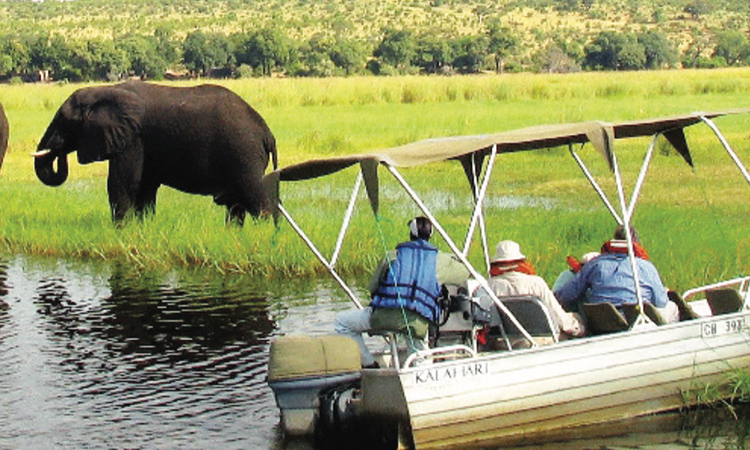 MEMBERS of the Botswana Defence Force (BDF) have been accused of harassing a Namibian tour guide and two tourists last week.

Tour guide Bennito Siyeya (34), who works on the banks of the Chobe River, last week related to The Namibian what he described as a scary encounter with the BDF on Friday morning, while taking a Swiss couple on a boat cruise.

Siyeya said about 30 minutes into the boat cruise in the middle of the river, they were approached by BDF members on a patrol boat. They asked Siyeya where he was from and why they were parked on the Botswana side of the river.

Siyeya told them he was a Namibian and tried to explain that he was in the middle and not on the Botswana side.

“They kept on insisting and told us to immediately go away if we did not want problems. The couple I was with got frightened and then advised me not to talk back to them,” he said.

According to Siyeya, after the altercation, the same BDF boat drove on the Namibian side of the Chobe River because their side was too shallow to use.

“I wanted to confront them about it, but my guests advised me to leave and report it to the police instead. I reported it to the police, and they are aware of it. In the same vein, I would like to urge the government to take this issue of the Chobe River seriously, because it’s clear that our neighbours hate us. Our lives are in danger, and if left unattended, we will take matters into our own hands,” he said.

Testimony by the Swiss couple, Vanessa and Thomas Kiess, seen by The Namibian, corroborates Siyeya’s account.

The couple said Siyeya tried to explain to the BDF that they were told that they could share the river in addition to the land on the Botswana side.

“The army officer did not believe him and told him to go on the other side of the river, closer to the Namibian side. We did so because we wanted to avoid trouble,” reads the statement.

Zambezi regional police commander Andreas Shilelo promised to get back to The Namibian to confirm the case, but did not do so.

Namibian Lives Matter national chairperson Sinvula Mudabeti described the continued harassment of locals and tourists by the BDF on the Chobe River as a ticking time bomb, which the Namibian government continues to ignore.

He said this has caused the loss of local lives, and negatively affects tourism.

“Namibia is scheduled to meet their Botswana counterparts in Botswana this week to discuss the modalities of a number of agreements on shared riverine resources, and yet we hear of BDF acts of aggression, intimidation, and harassment that continue unabated.

“We condemn in the strongest terms the handling of this matter by our government, which is sitting on three critical issues: where the BDF killed the Nchindo brothers; where BDF soldiers pointed their loaded riffles at international tourists on the Chobe River who were on the Namibian side of the Chobe; and the Motswana poacher who escaped from Namibia after he was found poaching,” Mudabeti said.