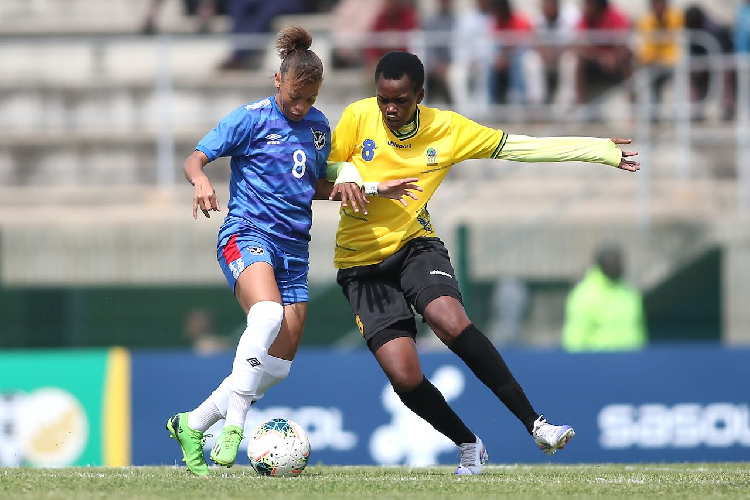 The devastated defender was inconsolable after her error decided the match in favour of the East Africans, who downgraded to bronze from last year’s gold medal.

Meanwhile, Zambia’s Copper Queens finally got their hands on the Cosafa crown after beating host South Africa 1-0 in the final match.

Despite the final day heartbreak, it was a much-improved showing from the Gladiators at the tournament, having last reached the semi-final stage over a decade ago. Namibia has not gone past the group phase since 2008, before ending that run at the latest edition.

Head coach Paulus Shipanga was scathing in his post-match assessment of some of his charges, whose efforts fell short of his requirements.

“I’ve been jolly the whole time, but today it broke me. I’m very sad. We could have done better,” Shipanga yesterday said.

He said reaching the podium was the ambition after narrowly going down 1-0 to South Africa’s Banyana Banyana in their Friday semi-final.

“My subs disappointed me today. You know when you’re trying to give people an opportunity to redeem themselves and they went down, and the game went down.

“So, yeah, it’s a blow. I expected better, I really wanted that third place more than ever. It’s a learning curve for me too.”

Tanzania took the lead after 12 minutes through a fiercely driven free kick from defender Christer Bahera just outside the penalty area.

However, Namibia were level eight minutes later when forward Aisha Mnunka’s skewed header flew into the back of her own net.

The tightly contested encounter looked destined for a penalty shoot-out before Tanzanian pressure late on resulted in Naris’ unfortunate moment when her attempted block resulted in an own goal.

Shipanga sympathised with Naris, who put in another solid shift but for the own goal.

“It’s football. I don’t blame her at all. When a defender makes an own-goal, it shows she’s in the right place and the right time, it’s just the unfortunate part. I don’t think she meant that. As a captain, she played well. We lost as a team, so I don’t blame anybody on that,” said Shipanga.

Tanzania coach Bakari Shime acknowledged that his side had gotten the rub of the green in an otherwise even contest.

“We managed to get third place in this tournament, which is good. The game was very good,” he said.

“We managed to play well in the first half, we scored the first goal from a set piece, and our opponent equalised. All in all, it was a very tough game. Namibia played well, but we’re the winners of this game.”