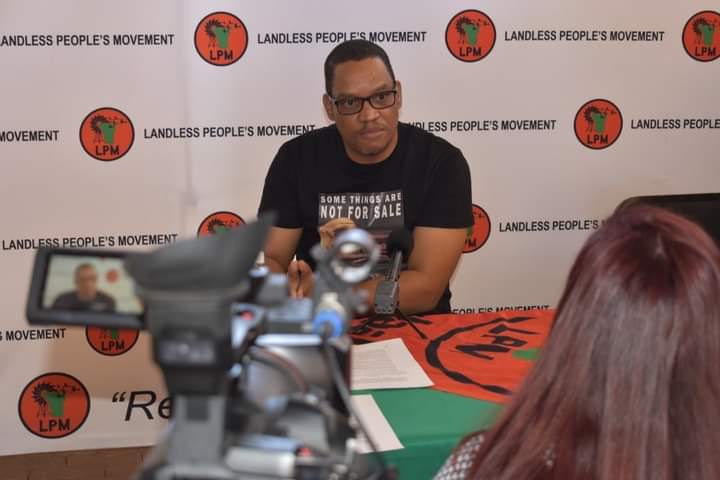 Bernadus Swartbooi, the leader of the Landless Peoples’ Movement, on Tuesday urged the community of Keetmanshoop to speak out on incidents of police brutality against civilians.

These remarks follow the death of 31-year-old Elleste Plaaitjies last week on Wednesday after he was allegedly assaulted by the Namibian Police’s Special Reserve Force members and succumbed to his wounds.

According to the police report, the Special Reserve Force officers were reportedly on patrol in Kronlein when they came across Plaaitjies and his friends and searched them. Plaaitjies was reportedly found in possession of cannabis and, during the search, the officers allegedly beat him.

Speaking at a media briefing, Swartbooi said the unbecoming behaviour of some members of the police, if not stopped, might spill over into anger in the community, which could lead to public revolt.

Swartbooi questioned whether the training police officers receive includes instruction on public-police relations, the use of minimum force and the value of human life, if custodians of safety and security are becoming offenders.

“The anger of the community can overtake you. Once it has reached its full limit, you cannot stop it. Therefore, the community must not keep quiet. You must speak and follow up on cases, so that those found guilty are held to account to stop these types of incidents,” said Swartbooi.

Two police officers were arrested last week on Friday, Mulisa Bernard (30) and Wilbard Neshuku (25) in connection with the inciden. The duo appeared in the Keetmanshoop Magistrate’s Court on Monday.

State prosecutor Lewis Chigunwe said the case was postponed to 30 January for the suspects to obtain legal representation and allow for further investigations.

Housing need in spotlight – The Namibian

‘It must remain in Namibian hands’