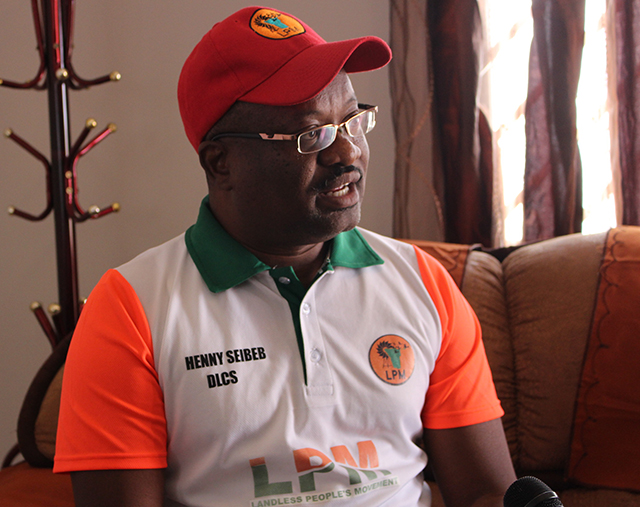 LANDLESS People’s Movement (LPM) vice president Henny Seibeb on Tuesday in the National Assembly suggested to minister of finance Iipumbu Shiimi to write off pre-independence municipal debts as per a 2002 Cabinet decision.

In a letter dated 23 March 2005, then permanent secretary of finance Calle Schlettwein said the Cabinet in December 2002 resolved that the ministry is authorised to write off balances of loans granted to municipalities before independence.

“In view of the above-mentioned resolution, the treasury has suspended any further interest on all pre-independence municipal loans on 31 March 2003,” Schlettwein wrote.

However, the minister of finance at the time, Saara Kuugongelwa-Amadhila, in a letter dated 17 January 2005, addressed to the minister of regional, local government and housing, Joel Kaapanda, said the government owes municipalities for services and in some cases land.

“In light of this, the Ministry of Finance cannot agree to write off those loans without receiving anything in return from those municipalities,” Kuugongelwa-Amadhila said in the letter.

She proposed for local authorities which are unable to settle their debts with the government to have their government debts for municipal services written off.

Seibeb this week asked Shiimi when these loans would be written off as per the commitment made by the Cabinet in December 2002.

He also wanted to know what the obstacles were in implementing the resolution.

“What is the total amount of debt of all municipalities in Namibia as far as pre-independence debt is concerned?” Seibeb asked.

According to Seibeb, the executive director of finance, Titus Ndove, issued a letter to the chief executive officer of the Mariental municipality in June this year, demanding that the municipality settle the amount of N$5 990  405,21, which is the total amount of interest and capital by the end of June 2022.

Shiimi is expected to respond to Seibeb on 29 September.

Whk Gym, Affies through to final