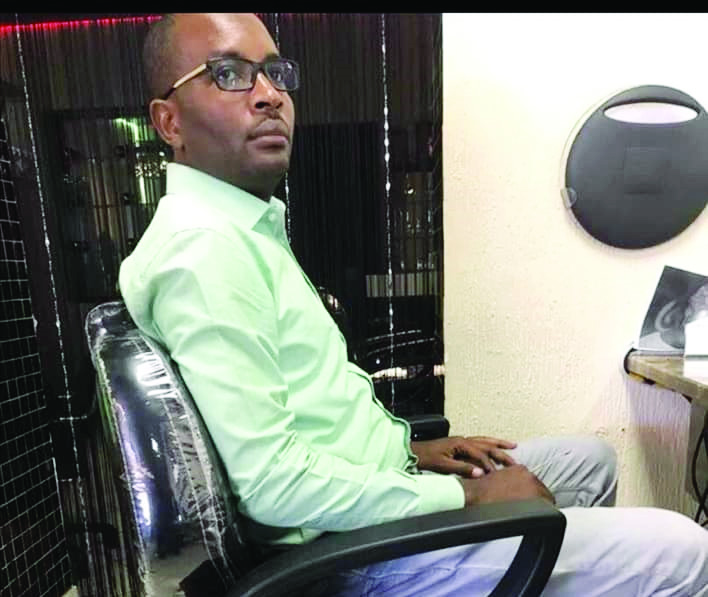 BUSINESSMAN Shapwa Kanyama says he was acting in self-defence when he discharged a firearm at a Windhoek nightclub during the past weekend.

Kanyama yesterday confirmed that he was at the Klein Windhoek nightclub, Pharaohs Lounge, when a fight broke out in the early morning hours of Saturday, but denied he had been involved in the fight.

He said he discharged his firearm to disperse a crowd that was fighting.

He also said when people started to move in his direction to attack him, he discharged his gun again, in an act of self-defence.

“How do I defend myself?” he remarked.

Kanyama (40) was arrested yesterday and released on bail in an amount of N$5 000, after appearing in the Windhoek Magistrate’s Court on counts of discharging a 9mm pistol in a public place, pointing a firearm and assault by threat.

With public prosecutor Rowan van Wyk informing the court that the state was not opposing Kan­yama’s release on bail, magistrate Esme Molefe set his bail at N$5 000 and said he could be released on condition that he should hand over to the police all firearms in his possession.

On Tuesday, lawyer Kadhila Amoomo, representing a club patron allegedly assaulted during the incident at the club, Tatty Jean Louis, addressed a letter to Kanyama in which he demanded a payment of N$1,5 million on behalf of Louis.

In the letter of demand, Amoomo stated that Louis, who is also known as ‘Omar’, was assaulted and injured, with one of his teeth knocked out, during a “mob assault” that he said had been instigated by Kanyama.

Amoomo also alleged that Kanyama had pointed a cocked gun at Louis and fired five shots with the firearm in his presence, with one of the bullets that he fired hitting a bystander.

Amoomo informed Kan­yama that Louis is demanding a public apology from him, and also N$1,5 million in compensation. Half of that amount is for current and future medical expenses, and half is to pay for emotional and psychological therapy for Louis, to restore his psychological state “to the position before he was assaulted by yourself and your entourage”, Amoomo stated.

Kanyama would be sued in the High Court if he ignored the letter of demand, Amoomo added.

Kanyama declined making further comments on the matter when he was contacted by telephone yesterday.

“There’s too much propaganda going on. I’m not commenting,” he said. “I know the truth.”

He also said he would not be commenting when he was asked about the allegation that he had instigated an assault on Louis.

Kanyama’s case has been postponed to 11 November for police investigations to be carried out.