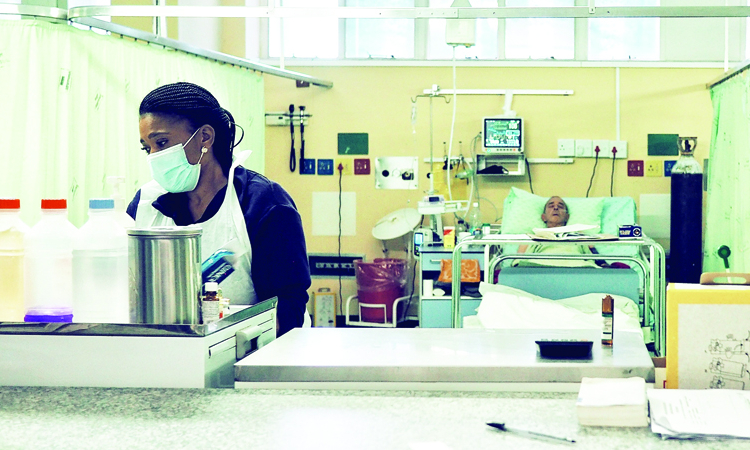 MINISTER of health and social services Kalumbi Shangula says since the relaxation of Covid-19 restrictions in Namibia there has been no increase in the number of Covid-19 cases.

This comes amid a Covid-19 ‘update’ circulating on social media the Covid-19 shows a rise in the number of cases.

Shangula says the update is not authentic.

The update shows that 110 positive Covid-19 cases were reported between 1 and 3 October from 3 299 tests conducted.

This represents a positivity ratio of 3,3%.

“The report circulating is not authentic. That was a draft, and it’s not a document that we released to the public.

“It was released by mistake. Do not attach too much relevance to it.

“For the whole of October, we have not had anyone in intensive care, and we have not recorded a single death,” the minister says.

Shangula says there is no resurgence or increase in cases, which has been the status for the past months.

“Since we relaxed the Covid-19 regulations, there has been no increase in the number of cases.

“There is no reason to panic, although I do not want to say whether we can expect a resurgence or not.

“As we are heading into the festive season, there are many variables, such as the circulating virus, the host, and a number of activities that will be going on,” he says.

Meanwhile, according to IOL News, South Africa could be in for a grim festive season as Covid-19 numbers are spiking across the country, dampening hopes of an economic recovery – especially in the tourism sector.

South Africa’s health department says: “Technically, South Africa could already be in a sixth wave as the number of infections started increasing in September.”

The department warns people to remain cautious as they prepare to flock to beaches and entertainment venues over the festive period.

The percentage of people who tested positive in the other provinces were lower than 10%, department of health spokesman Foster Mohale says.

Mohale calls on people not to panic, but to remember that the lifting of health restrictions does not mean the pandemic is over.