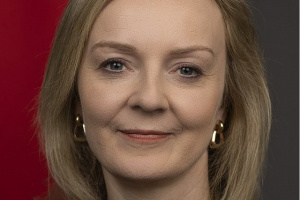 Seychelles’ President Wavel Ramkalawan sent a congratulatory message to the new Prime Minister of the United Kingdom and Northern Ireland, Liz Truss, following her appointment, according to a statement from the Foreign Affairs Department on Tuesday.

“Your officially becoming Prime Minister occurs at a time when the world is facing unprecedented challenges and is in great need of strong leadership and political will to overcome them. I am confident that you and your government are equal to the tasks ahead”, said Ramkalawan.

He expressed his confidence that the new prime minister would further increase collaboration between the two nations and pledged his support and that of the government of Seychelles during her tenure.

“The United Kingdom and Seychelles share common perspectives on many issues, including the need to promote sustainable economic growth, global security, and climate change. Our two countries also have a long history of friendship and cooperation, continuously reinforced bilaterally and multilaterally, especially within the Commonwealth, the United Nations, and other international organisations,” added Ramkalawan.