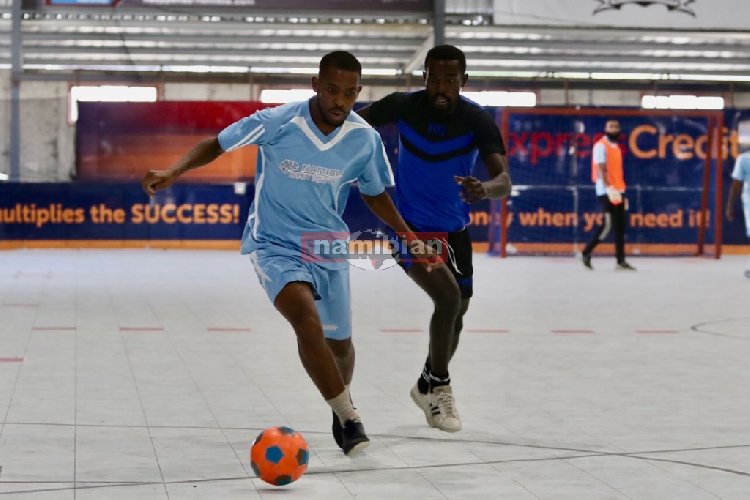 On Saturday, Santastico beat Premier League newcomers Walvis Bay Boys 3-0 to record their second consecutive victory of the season, while the X Men beat The Mavericks 4-0 on Sunday to join Santastico at the top of the log on six points from two matches. For the X Men, Jamal Jacobs scored a brace, and Rolando Swartz and Damian Walters one goal each. Chile Futsal Club and Quality Futsal Club, meanwhile, played to an entertaining 4-4 draw and are both now just behind the leaders on four points from two matches each. There were also big wins for Windhoek Futsal Club and Selecao Futsal Club, with the former beating SBS Trucking 10-6 on Sunday, while the latter beat Chile Futsal Club 10-1 on Saturday. For Selecao, Charlie Modis and Jaylen Steyn each scored a hat-trick, Vilo Lawrence two goals, and Waldron Theron and Bobby Rutz one goal each. Selecao, however, later lost 3-2 to Patriots, and remain in mid-table in eighth position on three points on the log, with Windhoek Futsal Club just behind, also on three points. Two newcomers to the Premier Legue, Ballers Futsall Club and Replica Futsal Club played to an entertaining 5-5 draw on Sunday. It was both clubs' first points of the season and they are now in 11 and 12th positions respectively. In the Women's First Division, Rightway Futsal Club recorded their second consecutive victory, beating V Power FC 3-2 on Sunday, to go to the top of the log on six points from two matches. In another match on Saturday, Ramblers II beat Tura Magic 3-0 to go joint second on the log with Khomas Nampol and Unam on three points each.