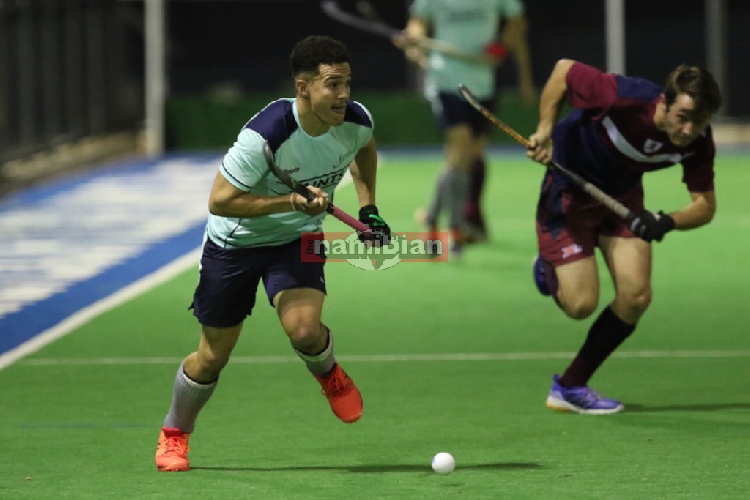 The victory put them nine points clear of Old Boys at the top of the log and although Old Boys have a match in hand, Saints are now well set to retain the title which they reclaimed from Old Boys last year.

At the WHS field on Wednesday, Old Boys came out attacking and won an early penalty, but Saints’ goalie Richter van Rooyen pulled off a fine save from Nico Jacobs’ penalty flick.

After repelling Old Boys’ early attacks, Saints stepped up the tempo in the second quarter.

They nearly scored when Isaac Fallis’ shot was cleared off the line, and after a Liam Hermanus short corner was saved, they took the lead when Fallis stabbed a long cross in at the far post.

Fallis turned provider for their second goal, sending in a cross from the right wing that Old Boys keeper Derrek Retief misjudged, for Aiden Landry to tap into an empty net.

Old Boys pushed hard in the final quarter, and finally opened their account from a Dian La Cock short corner, but it was not enough as Saints held on for the win.

Saints now lead the log on 17 points from five matches, followed by Old Boys on eight from four matches. With the season roughly at the halfway stage, Old Boys still have a change to reduce the deficit, but they would need other results to go their way, which doesn’t seem very likely.

School of Excellence are third on three points, while Wanderers and DTS must both still open their accounts.