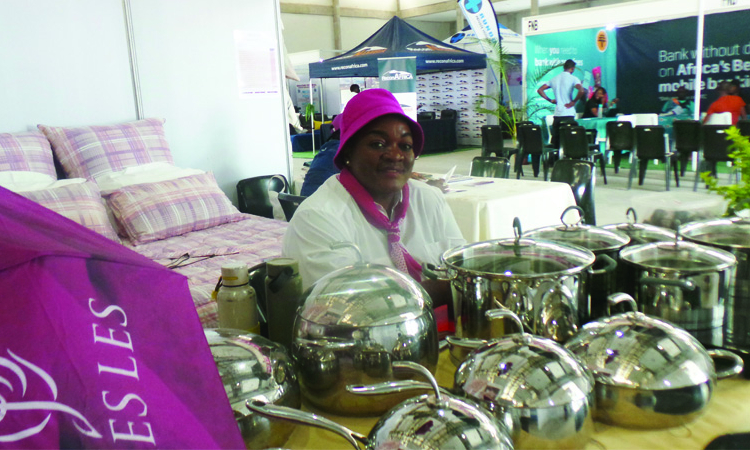 AFTER a two-year absence, the Rundu Annual Trade Fair (RATF) 2022 resumed last Thursday, providing a platform for entrepreneurs and small business owners to showcase their products and services.

The event will be officially opened today by the minister of works and transport, John Mutorwa, who is also its patron.

The trade fair began on 28 October and will run until 5 November under the theme ‘Re-emerging the socio-economic progress of Rundu town through trade expositions’.

Organising committee chairperson Fransiska Kupembona said the trade fair aims to continue where it left off when it was last held in 2019. It also aims to unite businesses in one place, offer networking opportunities and enable small businesses, entrepreneurs, government ministries and agencies to exhibit their products and services.

“The trade fair has kicked off well, and we are receiving positive remarks from our exhibitors,” says Kupembona.

She says the number of exhibitors is promising, while attendees to the fair are increasing daily.

Tanzanian exhibitor Augiie Mwelu, who sells African clothing and handicrafts, says since Covid-19 business and profits have been low.

“Rundu is okay. The problem is the economy, and there is nothing we or the government can do. We just have to share everything because we are brothers and one sisters,” said Mwelu.

“I appreciate the Namibian government and the municipality for organising the trade fair. There is something for bread but not something you can go bank,” said Mwelu.

Ondangwa businesswoman Aina Nakaziko said business is a bit slow as customers are coming one by one, however, the trade fair is well organised and officials are very helpful.

Nakaziko, who sells crockery and textiles, says in terms of security, their merchandise is safe but she feels more needs to be done to market the event.

“The trade fair was not marketed well around town because it seems a lot of people do not know anything about the trade fair,” she said.

The festival will feature a livestock auction, dance competitions for children, presentations from state agencies like the Namibian Investment Promotion Board, film screenings by the Namibia Film Commission and performances by local artists.

LPM hits back at prime minister

Dad saves daughters while blinded by smoke and flames