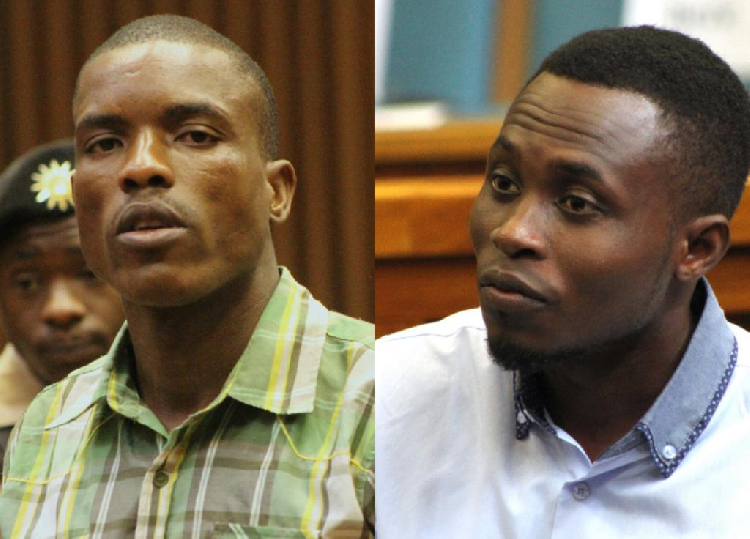 TWO men convicted of murdering an elderly woman during a house robbery at Swakopmund are due to be sentenced in the Windhoek High Court in December.

Both defence lawyers representing the two men acknowledged during a presentence hearing before judge Christie Liebenberg on Monday and yesterday that their clients would not be able to avoid prison terms for the crimes they were found guilty of last month.

Liebenberg convicted the two men, Simon Jerobeam (28) and Fabian Lazarus (29), on charges of murder, robbery with aggravating circumstances, conspiring to commit robbery, defeating or obstructing the course of justice and assault on 12 October.

Lazarus was found guilty on a count of theft as well.

Jerobeam and Lazarus will be sentenced on 9 December, Liebenberg said after hearing closing arguments from the prosecution and defence lawyers yesterday.

The two men were prosecuted in connection with an early-morning house robbery that took place at Swakopmund on 2 August 2017.

During the robbery, an elderly resident of the town, Roswitha Strzelecki (79), was murdered when she was strangled.

Her husband, Siegfried Strzelecki (81), was also assaulted during the robbery.

He died eight days later, after suffering a stroke in the intervening days.

During the two men’s trial, in which they denied guilt on all charges, the court heard that Lazarus, who had done construction and renovation work for the Strzeleckis’ son-in-law, told a witness in May 2017 that he had seen money in a safe of the couple and had managed to steal a key of the safe.

Lazarus also asked the witness, who was employed by the couple’s daughter and son-in-law as a domestic worker, to help him get hold of keys for the couple’s house.

The witness reported this request to her employers.

Jerobeam and Lazarus were initially charged with a third accused, Daniel Nghilifa Stefanus, but Stefanus escaped from police custody at Swakopmund early in 2019 and has been on the run ever since.

Jerobeam admitted in a plea statement given to the court at the start of the trial that he had been present at the scene when the Strzeleckis were attacked, and that he had stolen a camera lens from the couple’s house.

In a statement made to a police officer after his arrest, Jerobeam also recounted that he had helped Stefanus overpower Roswitha Strzelecki and saw Stefanus strangling her.

Jerobeam’s defence lawyer, Tjingairi Kaurivi, conceded on Monday that the murder and robbery of which his client was found guilty were extremely serious crimes.

While a prison term is unavoidable, it should not be inordinately long, Kaurivi remarked. He suggested that an effective sentence of 19 years’ imprisonment for Jerobeam would be appropriate.

Lazarus’ lawyer, Milton Engelbrecht, proposed a sentence of 23 years’ imprisonment, of which five years are suspended, for his client on the murder charge, and other jail terms that should be served concurrently with the sentence for murder.

He requested the judge to sentence Jerobeam and Lazarus to 30 years’ imprisonment on the murder charge, a 10-year-jail term for robbery, and further prison terms on the other charges, and suggested that all the other sentences should run concurrently with the sentence for murder.

Jerobeam and Lazarus are being held in custody.