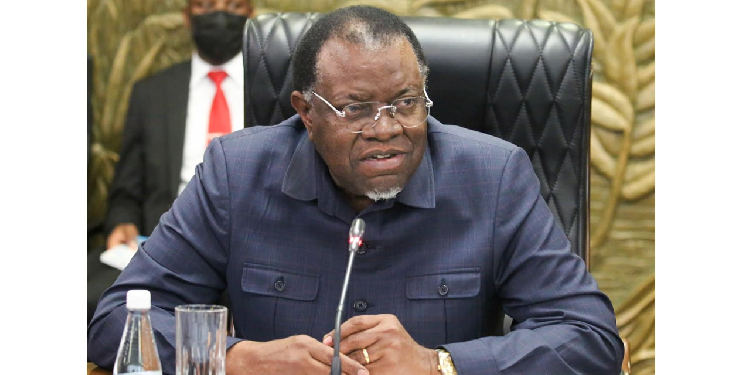 The Presidency has taken a swipe at the media for allegedly causing a wedge between the government and the public.

In a statement released on Thursday, the Presidency stated that irrespective of what it terms the lies, untruths and bias by omission, as long as president Hage Geingob remains president of Namibia, freedom of the press is guaranteed and no journalist will be made a martyr.

“Even if some in the press don’t play their part in nation building, the press has an important role to play in building a nation and in creating a peaceful, informed and prosperous Namibia.

“They would be failing if they were to take on the role of lapdogs, which they often do, inciting Namibians and seeking to create a wedge between the sovereigns and those elected by the sovereigns, of whom the president of the Republic is the primus inter pares,” the Presidency stated.

It said certain newspapers have been in campaign mode, intentionally publishing misleading articles that cite parts of statements made by the president at various platforms.

“Two issues, namely the effects of colonialism and the informal settlements have enjoyed press headlines with the clear objective of creating a certain impression about the president, allegedly blaming colonialism for the challenges facing the nation.

“Regrettably, certain newspapers frame these issues lightly and unreflectively in terms of their impact on public policy and the transformation agenda the president has been pursuing since 2015,” it said.

The Presidency said there are facts that cannot be contested or erased in the history of the country, which in 1886, following the Berlin Conference, was annexed as a colony of Germany.

“It is safe to assume that some reporters don’t know the fact that among all the colonies, German colonialism in Namibia was the most brutal, and its impacts on livelihoods have been the most atrocious with the first genocide of the 21st century and similar massacres committed against Namibians.

“Many people of the territory were displaced from their land, robbed, enslaved, and women raped and chased into desert lands with limited potential for continuity of their subsistence farming,” it said.

The Presidency said there are no headlines or cries of a scandal when a German family sells tracts of stolen land in Windhoek for N$300 million, and the dehumanising effects of apartheid and separate development are still evident in such transactions.

“Yet, The Namibian and the [Namibian] Sun report spuriously and falsely that explaining inequality and poverty within the context of a century of colonialism is ‘blaming colonialism’ for our ills,” the Presidency added.

It said it is logical and honest to assert that the government has worked hard over the past 32 years to redress the wrongs of 104 years of brutal German and South African apartheid occupation.

“Yes, our housing challenges, our spatial and economic inequalities are structural.

And yes, they are a consequence of beasts with names, 104 years of brutal German imperialism and South African apartheid occupation.

“Since white people have perpetrated the inequalities, certain newspapers have taken the editorial decisions to never call our inequalities by their right name, as racial inequalities,” it said.

The Presidency said it welcomes constructive and honest conversations from journalists about public policy challenges and the role of the president in resolving issues facing Namibians.

“The credibility of news has been eroded because the newsmen and women in certain newsrooms have replaced news for citizens with rumour and have reneged on the core tenets of journalism as a discipline of verification and not lie-telling,” it said.