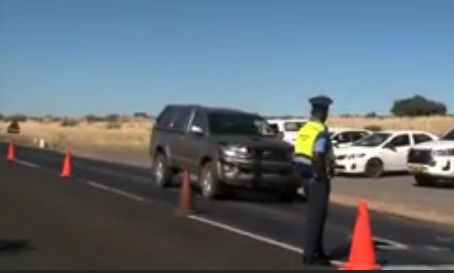 THE Namibian Police will be on high alert during the festive season and will be focusing on crime hotspots.

Police deputy inspector for operations general Elias Mutota says the police will be carrying out robust policing operations nationwide during the festive season.

He said these operational interventions are aimed at engaging the community at different levels (business sectors, churches, schools, community groups against crime) to strengthen and intensify the fight against crime.

Mutota was speaking during the delivery of his festive season safety and crime prevention address yesterday.

“Some prevalent crime risks during this period include: housebreaking and theft, theft of motor vehicles, ATM and, or online fraud, theft under false pretences, cell phone and handbag snatching, robbery and shoplifting,” he said.

He said these acts of violence do not only pose a threat to the victims, but it is also disturbing the police as the custodian of safety and security.

“Therefore, we as citizens must protect our properties be vigilant and always scan the environment around us in whatever we do, especially when withdrawing huge amounts of cash from banks,” Mutota said.

Historical data indicates that during this period, the prevalence of crime and road accidents is high, he said.

“It is against this background, that I am appealing to all motorists to adhere to traffic rules and regulations by ensuring that their vehicles are roadworthy; maintaining the allowed speed limit and maintaining a safe following distance,” he said.

He also urged all road safety stakeholders, law enforcement officials, motorists and pedestrians to work together towards the common goal of reducing road traffic accidents.

“For many people, the festive season brings an increase in travelling, shopping and socialising; and, therefore, appears to be a peak period where crime rates escalate,” Mutota said.

The festive season is a period where many people are vulnerable to becoming victims of criminal activities, and most of these criminal activities can be prevented if people pay careful attention to their surroundings and take active precautions to prevent different crimes from occurring, he added.

Man arrested for alleged rape and assault of teenager