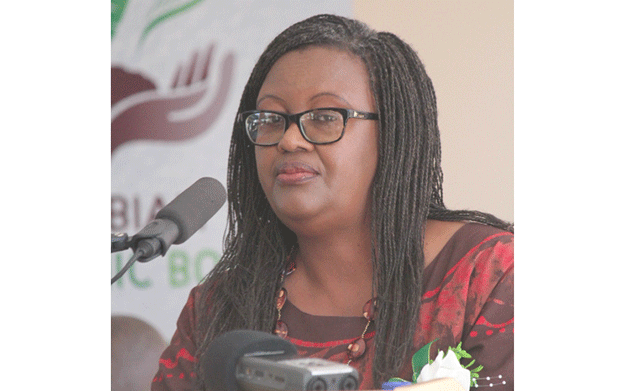 THE police in the Kavango West region have deployed two police officers from the Special Field Force division to guard the private residence of the regional governor, Sirkka Ausiku, following a break-in at her house.

According to a letter from the Kavango West police regional commander’s office, officers responsible for patrolling the Namibian borders were deployed at the request of the governor on 10 January 2023.

“Governer Ausiku requested that police officers be posted at her residence in a secluded area of the new extension three at Nkurenkuru, due to the housebreaking incident that took place at her residence,” read the letter.

Ausiku was not reachable for comment as her phone was off all day yesterday.

The police cited their operational manual charter to justify their decision.

“In the absence of members from the Very Important Persons (VIP) directorate in the region, your office is hereby directed to deploy security personnel at the premises of the governor during night shift only (22h00 to 06h00) as per shift duty roster.”

Nkurenkuru-based community activist Modestus Kupembona accused Ausiku of an abuse of power in her request for police officers to guard her private residence.

Speaking to The Namibian yesterday, Kupembona said a housebreaking incident at the governor’s house cannot be viewed as a threat to the governor’s life.

According to a statement by Kupembona’s Freedom March Movement, the governor does not meet the requirements to have her private residence guarded by police officers.

“A common criminal case of house breaking at her residence cannot be grounds of state protection and there is no prima facie evidence of threats to her life,” movement spokesperson David Nekaro said.

As the governor is employed, she can afford to secure protection services at her residence at her own cost, said Nekaro.

“A responsible and caring governor could have embarked on a programme of action in collaboration with the Namibian Police to combat criminality in our society [rather] than to be selfish and seek state protection, isolating herself from the community,” Nekaro said.

He called on the police to revoke their decision to deploy officers to the governor’s house.

Mutota yesterday confirmed to The Namibian that police officers were deployed to the governor’s house last week after informing the inspector general of a threat to her life following the burglary.

Mutota said the items stolen were significant, although he could not cite their value.

The Namibian attempted to ascertain the value of the stolen items from the regional crime investigations head, Abner Agas, but he said he was out of the region at the time.

He also said he does not know whether the suspects were arrested yet.

“This is a temporary arrangement and she is not the first one to be accorded security personnel. We are doing a security threat assessment and [will] advise what should be done,” Mutota said.

On whether Ausiku should rather have employed a security company to guard her house, Mutota said she is a government employee and was not the person who deployed the police to her residence but the inspector general of the Namibian Police.