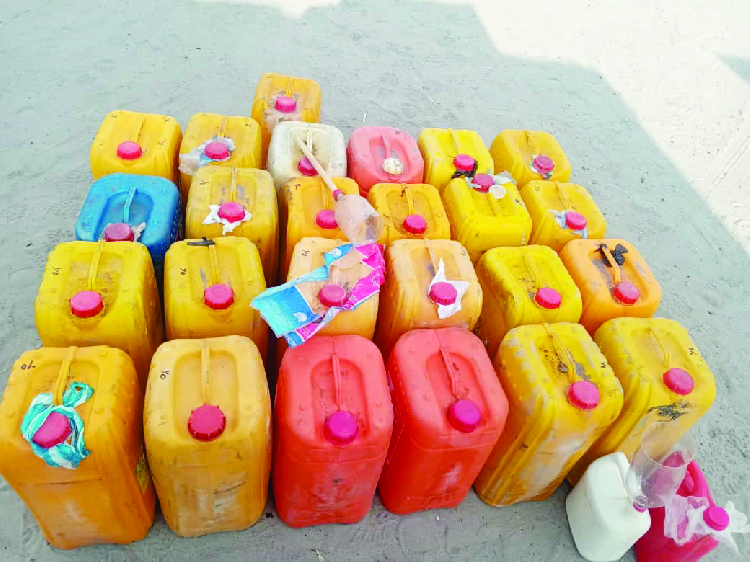 BUSINESS came to standstill along the Namibia and Angolan borders as police clamped down on the sale of illicit fuel.

Namibian Police inspector general Joseph Shikongo on Monday morning, along with his Angolan counterparts, immigration and Namibia Revenue Agency officials, visited Oshikango, Odibo and Onaminda village in the Ohangwena region, where operations against the sale of illicit fuel and community engagements were conducted.

Shikongo said the visit formed part of familiarisation engagements across the country which were halted after his car accident last month.

“We managed to arrest people who were caught right in the act of filling their vehicles and selling fuel because they had not expected the police.

“In fact, the more one is caught, the higher they are fined and eventually risk their vehicles being confiscated,” warned Shikongo.