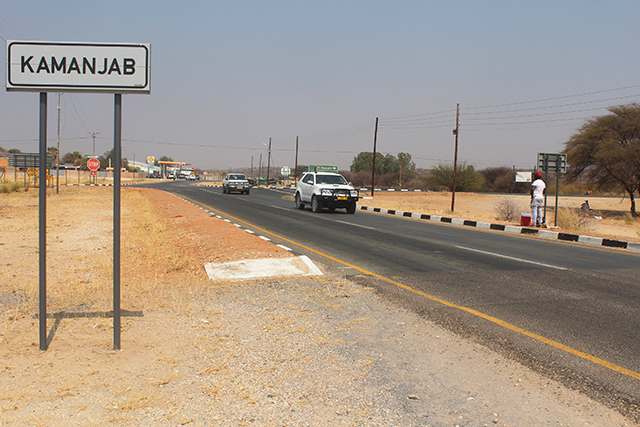 THE prosecutor general has decided to continue with the pending prosecution of British farm owner Harvey Boulter, who is charged over the killing of one of his employees in a shooting incident in the Outjo district last year.

Boulter (53) was informed of the prosecutor general’s decision when he made his latest pretrial appearance in the Windhoek High Court yesterday.

One of his defence lawyers, Kadhila Amoomo, informed judge Christie Liebenberg that prosecutor general Martha Imalwa, who was asked to reconsider her decision to charge Boulter, has decided to proceed with the charges on which he is indicted.

Boulter is facing counts of murder, possession of a firearm and ammunition without a licence, and handling a firearm while under the influence of liquor or a drug with a narcotic effect.

The charges originate from a shooting incident at Boulter’s game farm, situated between Kamanjab and Etosha National Park, on 27 February last year.

The shooting, which according to Boulter was accidental, claimed the life of farm manager Gerhard van Wyk (54), who died while being transported to Outjo for medical treatment after he had been shot in the abdomen.

Amoomo also informed the judge that DNA test results being awaited from the Namibian Police Forensic Science Institute are not yet available. He added that Boulter’s defence team needed time to challenge the PG’s decision, because it had been made without all the information in the matter being before the PG.

On behalf of the state, deputy prosecutor general Antonia Verhoef noted that during a previous pretrial hearing she and another defence lawyer of Boulter, Sisa Namandje, were in agreement that the DNA results would not have an impact on the decision the PG had to make when she was requested to reconsider her decision to prosecute Boulter.

The state is alleging that Boulter shot Van Wyk after a disagreement between Boulter and Van Wyk’s son, who was also employed at the Briton’s farm. Van Wyk is claimed to have been shot after he had intervened to assist his son, who allegedly had been assaulted by Boulter.

Boulter has said the shooting was an accident that took place when Van Wyk grabbed a pistol which he was holding against his chest. He has also stated that he felt he was under attack from Van Wyk and his son before the shot went off.

Boulter denied guilt on the charges against him during a court appearance at Kamanjab in September last year.

Liebenberg postponed the case to 16 February, when Boulter is due to attend another pretrial hearing in the High Court.

He remains free on bail of N$500 000, which was granted to him by a High Court judge in July last year.