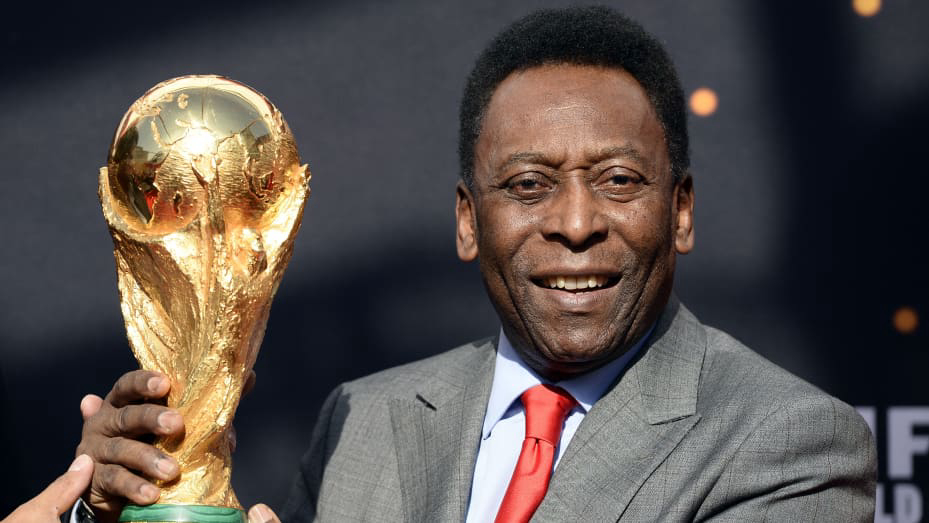 On 29 December 2022, Brazilian football legend Edson Arantes do Nascimento, popularly known as Pelé, lost a battle with cancer at the Albert Einstein hospital in Sao Paulo in his home country of Brazil at the age of 82.

The date will continue to be remembered as a dark day for football and everyone connected to football globally. From now onward, football matches played on this day and around this period will see football players and officials wear black armbands and observe a minute of silence in respect for Pelé – the king of football.

The Fédération Internationale de Football Association (FIFA) recognizes Pelé on its official website as “The Greatest.” The status is somewhat unbeatable considering the achievements of the great football superstar for his country, club, and himself.

Despite retiring from the game on 1 October 1977, Pelé remains Brazil’s joint all-time top scorer with 77 goals – a feat he achieved in just 92 games.

Announcing his death on Thursday, 29 December 2022, a message was posted on the legend’s official Twitter handle. It read, “Inspiration and love marked the journey of King Pelé, who peacefully passed away today. Love, love, and love, forever.”

Pelé’s daughter, Kely Nascimento, who ensured that the world was informed of the updates on her father’s health since his admission to the hospital on 30 November 2022, confirmed the death of her father on Instagram, saying, “Everything we are is thanks to you. We love you infinitely. Rest in peace.”

The government of Brazil has declared a three-day mourning period for the late Pelé.

Tributes have continued to pour in from all parts of the world, detailing the unmatchable achievements of the Brazilian superstar. Below, we have highlighted the top records set by Pelé during his playing career. Check them out:

• Youngest player to score in a FIFA World Cup Final, 1958

• He won the Intercontinental Super Cup with FC Santos in 1968

• Best player and top scorer of the Copa America 1959

• Top scorer of the Copa Libertadores in 1965

• South American Footballer of the Year in 1973

• Member of the World Team of the 20th Century

• FIFA Player of the 20th Century

The Step-by-Step Guide to Home Renovation Success | The African Exponent.