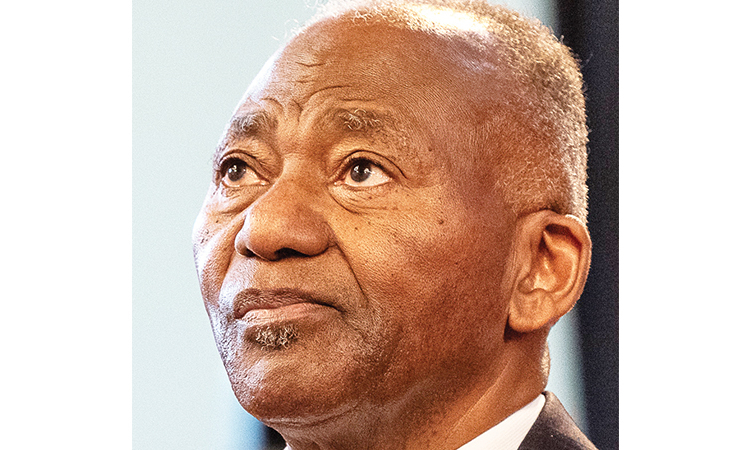 OPPOSITION political parties in the National Assembly said they will not come back to parliament until the speaker apologises for allegedly favouring Swapo.

“WE have come to the end of the road. We have tried to get closer and closer, but in the absence of the numbers forming a quorum, we are not able to proceed,” speaker of the National Assembly (NA), Peter Katjavivi, told Swapo parliamentarians at the beginning of yesterday’s parliamentary session, while opposition members continued their parliamentary boycott.

The parliament has been thrown into disarray after opposition members resolved to stay away in protest.

The house is expected to go into its annual recess next Thursday.

Opposition parliamentarians have since last week been accusing Katjavivi of treating Swapo members with kid gloves.

They did not take kindly to remarks by the deputy minister of works and transport, Veikko Nekundi, who called them “hypocrites” and “opportunists”.

Opposition members felt Katjavivi failed to protect them against Nekundi’s criticism, and that he could not call Nekundi to order.

“This is not the first time the speaker has demonstrated a one-sided bias . . . as he allowed Nekundi to continue with his contribution and further make unparliamentary remarks,” Elma Dienda of the Popular Democratic Movement (PDM) yesterday said at a press briefing at the parliament.

Though they were not present, the Landless People’s Movement (LPM), National Unity Democratic Organisation (Nudo), Rally for Democracy and Progress (RDP), and the All People’s Party (APP) also walked out of the parliament last Thursday and did not attend yesterday’s session.

“I should bring to your attention that . . . we refer to the speaker when we have a motion or a question as ‘honourable speaker’. But when Swapo members address him, they say ‘comrade speaker’. I think that already speaks volumes,” he said.

Longinus Iipumbu of the NEFF said: “Even on the timing, Swapo members are given more time to make their contributions.”

The opposition has vowed to stay away from parliamentary sessions until Katjavivi acknowledges his biases and apologises.

“I think we expect that the speaker will request Mr Nekundi to actually withdraw what he said and what he expressed on the floor unconditionally. Also, the speaker himself must apologise for allowing Mr Nekundi to use such words on the floor, and he must apologise for being biased and for not allowing points of order of other members of the house,” PDM member Inna Hengari yesterday said.

She said the speaker transgressed Rule 116, which dictates the general behaviour and language in the house.

“One must notice that once the speaker takes his seat in parliament, he presides over all members of the house, regardless of their parties . . . most importantly, the speaker’s response to Nekundi’s behaviour from last week, I don’t think it’s enough, reasonable, rational or acceptable to any member of the society,” Hengari said.

In a letter to the opposition yesterday, Katjavivi said he has taken note of Nekundi’s statement, including words and phrases he used, such as “in comparison to this budget, the PDM was a criminal budget, it was a genocidal budget, finish and klaar”.

He pointed out that Rule 116 (e) prohibits members from using offensive and unbecoming words.

“I have on numerous occasions reminded members to refrain from using words that may not be prohibited, but sound insensitive to others,” he said.

However, the speaker did not address the call for him to apologise for being biased.

He said it is inappropriate to suggest that “my action was biased towards any party in the house”.

“The objective of the decision to stop allowing further points of order was for us to make progress,” he said.

‘We will make sure the legacy continues’ – Witbooi