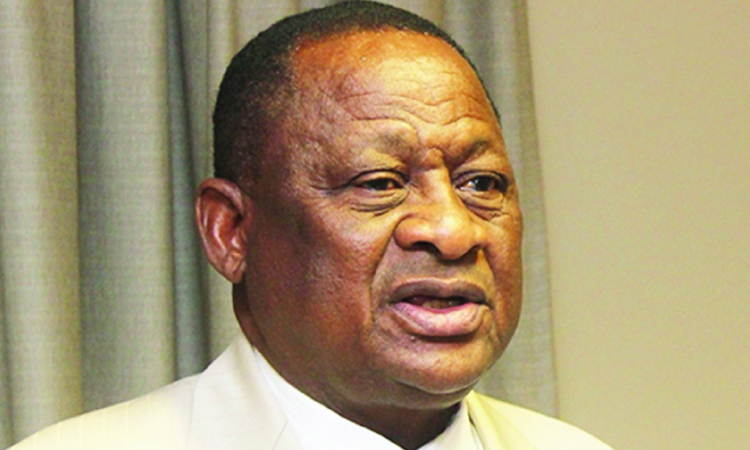 FROM the chambers of the National Assembly last week, minister of health and social services Kalumbi Shangula has assured the public that Covid-19 remains under control.

Shangula said the ministry’s surveillance and monitoring team continues to monitor the Covid-19 situation throughout the country.

“When we announced the removal of all Covid-19 regulations, it was based on the epidemiological situation in the country, which remains to the present moment.

“At no stage did we say there are no zero cases in Namibia,” Shangula said, while addressing a concern by Landless People’s Movement (LPM) member Henny Seibeb on the reported increase of Covid-19 cases being recorded at health centres.

“I know what gave rise to this talk, because there was a report circulating on social media with an accumulation of Covid cases from 1 October to 31 October.

“If you disaggregate that figure, it amounts to about three cases per day, which has been the case all along after the Covid-19 regulations were removed.

“At present there is no cause for concern. Since 1 October, we have not admitted a single person to a healthcare facility due to Covid-19.

“We have not had any patients in an intensive care unit, and we did not have had any death due to Covid-19. So, that is the actual situation on the ground,” the health minister said.

Edson Isaak of the LPM has questioned the allocation of only N$40 million to agriculture in the midterm budget despite its potential to drive economic growth.

The LMP parliamentarian said the money has been allocated to failed debt-ridden green schemes.

That allocation, he said, will most likely be used for debt servicing and the winding up of the green schemes identified for alienation to private investors.

Isaak said the country has constructed the Neckartal Dam, yet not a single square metre of land has been acquired for agricultural purposes.

He said the acquisition of land for irrigation at the multibillion-dollar dam would unlock agricultural potential.

Last Tuesday, the parliamentary standing committee on natural resources held a consultative meeting with the Agro-Marketing and Trade Agency (Amta).

The appointment follows the committee’s recent oversight visits to the green schemes in the Zambezi and Kavango East regions.

Meanwhile, Amta informed the committee that some of the challenges faced by the entity were high electricity, water and maintenance costs, a lack of capital funding for the successful implementation of value addition for farmers, as well as economic turbulence and climate change.

The two discussed ways in which the two neighbouring countries can boost their bilateral relations.

Katjvivi reiterated the parliament’s commitment to the transformation of the Southern African Development Community parliamentary forum into a regional parliament.

He said efforts were already at an advanced stage to set up a trust fund intended to realise this goal.