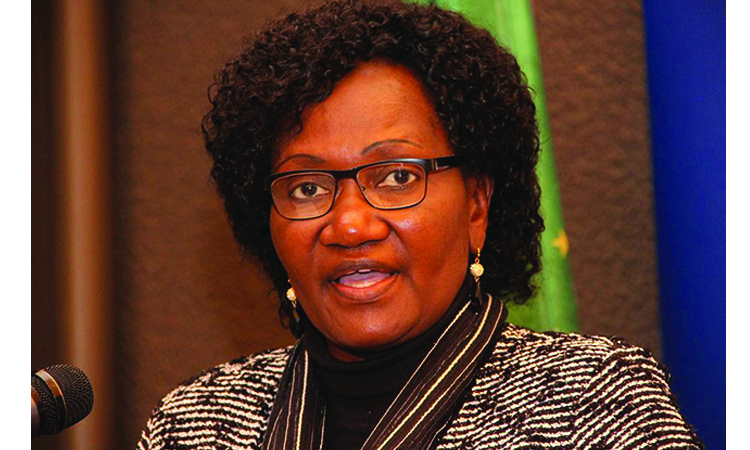 MINISTER of higher education, training and innovation Itah Kandjii-Murangi says Namibia is far from winning the battle against drug abuse.

Kandjii-Murangi said this in parliament last week during a debate on the motion to discuss the effectiveness and adequacy of Namibia’s legal framework on drug offences in the country. The motion was tabled by legislator Leevi Katoma.

“Namibia’s borders have become porous. Our drug control systems are compromised, and our law enforcement and justice systems are overwhelmed,” Kandjii-Murangi said.

She said the amount of drugs confiscated by the police at different intervals during any given year is alarming. It is time to establish more comprehensive and robust laws and policies to effectively deal with the issue.

“We are too few in this country we call home to watch our social structures and institutions crumble into self-destruction and social decadence,” she said.

The minister said the direct impact of drug abuse on academic performance is severe.

Kandjii-Murangi said to win the war against drug abuse, the government should increase the safety of communities and the nation amid drug-related crimes, and drastically reduce the acceptability and availability of drugs.

She said drug-prevention education and advocacy should be strengthened.

Landless People’s Movement member of parliament Henny Seibeb said he would ask prime minister Saara Kuugongelwa-Amadhila on Thursday this week about the resignation of politically exposed individuals from public service, and establish their consultancies to start providing the ministries or offices they resign from with consultations.

Seibeb asked whether there were policies or measures to prevent former senior public servants from returning as consultants.

He said the resignation of senior public officials returning as consultants is tantamount to corruption.

“How do we prevent insider trading by former senior public officials who left the government joining private companies or forming their own consultations?” he asked.

Seibeb said he will also ask the minister of gender equality, poverty eradication and social welfare, Doreen Sioka, whether her ministry would create enabling policies to foster indigenous entrepreneurship among marginalised people.

Popular Democratic Movement parliamentarian Nico Smit gave notice in the National Assembly that on Thursday this week, he would ask minister of mines and energy Tom Alweendo why he removed Erasmus Shivolo from his position as mining commissioner.

Shivolo was replaced by Isabella Chirchir two weeks ago.

Smit also wants Alweendo to comment on the allegations levelled against him around a N$50-million lithium mining licence.