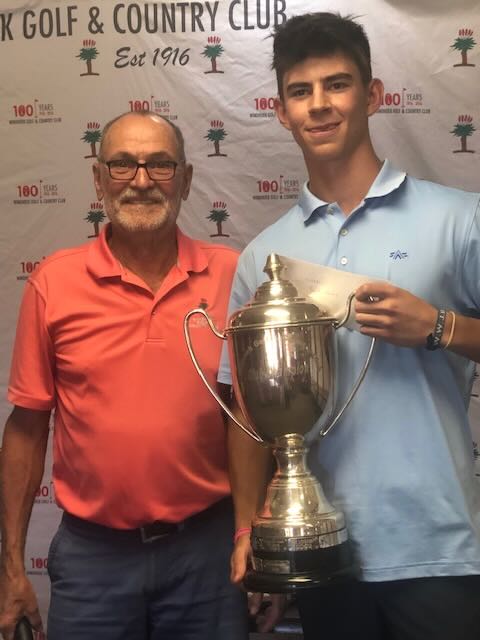 TODD Parker and Celonika Robinson were the main winners of the Golf Club Championship hosted by the Windhoek Golf & Country Club last weekend.

The competition consisted of 18 holes on Saturday and another 18 on Sunday, with Parker winning the men’s category with an overall gross score of 142, while Sesilia Nkoshi had the best nett score of 132.

Robinson won the women’s category with a best gross score of 194, while Jolene van Schoor had the best nett score of 162.

Quade Beukes had the best gross score for juniors with a total of 211.

Nearest to the pin prizes sponsored by Borris Erasmus and Fanie Oosthuizen were also on offer with Rochel Celliers winning on the 9th hole and Lee Haraseb on the 13th hole on Saturday; and Wessel Louw (3rd hole), Laban Malule (9th hole), Toady Gurirab (13th hole) and Corneels Jafta (17th hole) on Sunday.

A prize to the value of N$1 000 for golf training lessons sponsored by Joe Nawanga was awarded to Jolene van Schoor for having played the most golf.

All the divisional gross winners also won membership subscriptions for 2023.

A total of 44 players participated in the competition.

The club will host the Jack Daniels Gold Cup over two days this coming weekend.