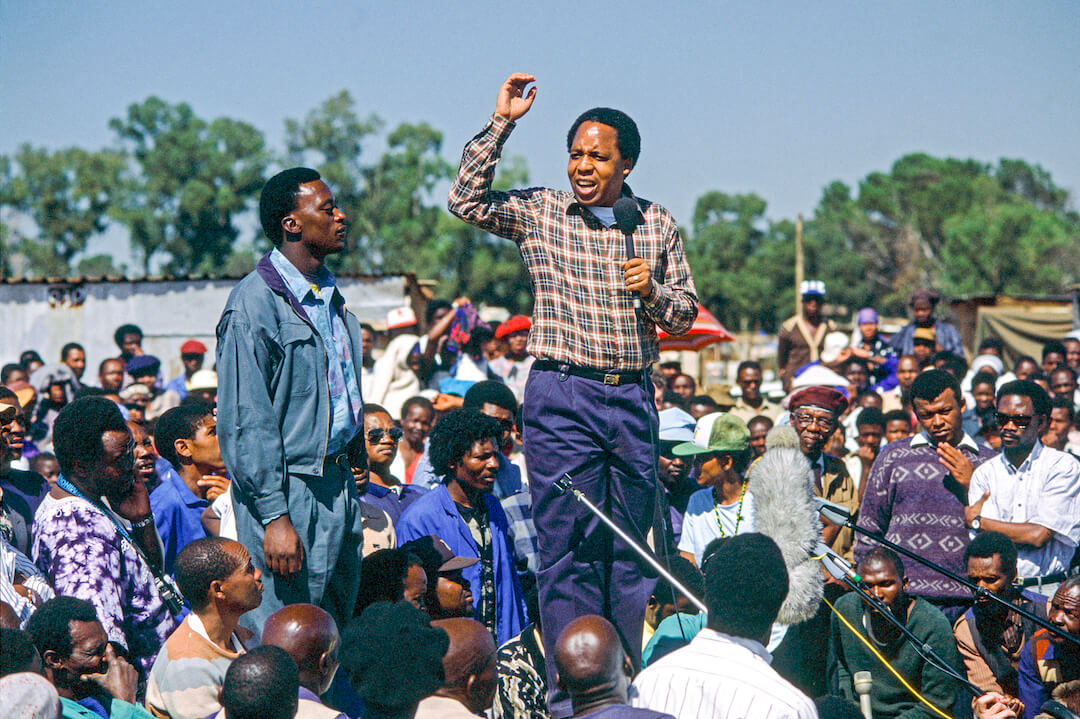 A few days after South Africa’s top court ordered the release on parole of Janusz Walus, the ruling continues to cause outrage. Groups, the family of late Chris Hani and political parties have slammed the decision.

Walus has served over two decades of a life sentence for the murder in 1993 of Hani, an anti-apartheid leader.

“It took the country to the to the edge of civil war, Faizel Moosa, a former South African ambassador to Qatar says.

“If it wasn’t for Mandela making that statement that he did asking for calm and forcing the de Klerk government to come up with a date for elections. I mean, de Klerk couldn’t even do that. I mean, it took Mandela to calm down the situation.”

Polish-born Janusz Walus shot dead Chris Hani in the driveway of his house on April 10, 1993, in Boksburg, a suburb east of Johannesburg. The 51-year-old Hani was the general secretary of the South African Communist Party (SACP) and chief of staff of Umkhonto we Sizwe, the armed wing of the ruling African National Congress (ANC).

In a 47-pager judgement, the Constitutional Court detailed how it came to rule in the application opposing Walusz, the minister of Justice and Correctional Services and Others. Still, Hani’s widow called the ruling “diabolical” and Solly Mapaila, leader of the SACP, a political ally of the ruling ANC, said it was unjust.

In a statement, the communist party said Hani’s murder “left a gaping wound in his family, the SACP and the ranks of the working class. The judgment has rubbed salt granules to the wound.”

“The fact that he never apologised not only to the Hani family , to the political parties and also to South Africans”, is still outrageous for Faizel Moosa.

“He derailed, it firstly took us to the to the edge of civil war, like I said, and then it derailed the future of our country.”

1993 was indeed a pivotal year in South Africa’s modern history. Negotiations to end apartheid had entered their final phase.

In assassinating Chris Hani, Walus “seemed to have been intent on derailing the attainment of democracy by this country”, said Zondo.

Hani’s murder led to protests and rioting in black townships. Every April 10, South Africans remember the communist stalwart at commemorative events and lay flowers at his grave in the east of Johannesburg.

The death sentence was commuted to life imprisonment on 7 November 2000 after the Rainbow nation abolished death penalty.

His accomplice, Clive Derby-Lewis, who supplied the gun that shot Hani, was released in 2015 on medical parole after 22 years in jail. He died of lung cancer in 2016, aged 80.

Walus and him appealed to the Truth and Reconciliation Commission which did not grant them amnesty.

At that time Walus said that he was driven by political, anti-communist motives to kill Hani, a claim he repeated before a Polish journalist (Cezary Lazarewicz) in 2018. According to Lazarewicz, Walus said he “he was very sorry for killing Lindiwe’s father [daughter of Hani]. But he never regretted [killing a] communist leader.”

Speaking to the BBC Lazarewicz added: “He [Walus] told me, in 1993, there was a war in South Africa and he felt like a soldier… he still believes in the system of racial segregation and that whites and blacks should live apart.”

Cde Hani was a source of hope

Speaking at a memorial lecture on Wednesday, ANC presidential hopeful Zweli Mhkize extolled the role and legacy of Hani, citing that Walus’ parole is an insult to the struggle for equality.

“People don’t understand the psyche of South Africans that to us this was the worst travesty of justice and the nature of its punishment is much more than the parole we see being handed over.

“We feel the pain that [Hani’s wife] Mam’Limpho feels. We feel that pain. Chris Hani was a source of hope, an inspiration, even when things were difficult. When Chris Hani came around, just his mere stamina got you to say we’re [going to war].

“This was the man… to suddenly disappear and then we’re told one day [the man who killed him] has served enough. No,” Mkhize said

Janusz Walus made numerous applications for parole which “were all refused for various reasons”, the Constitution Court judgement read.

One of them in 2020 was strongly opposed by the SACP. In a statement published at the time, the South African Communist Party argues that “there must be full disclosure of the truth towards justice and closure.”

Adding: “The murder weapon used by Waluś was taken from military armoury. Details pertaining to who took the gun, whose hands did it go through until it was used in the final stage of the assassination, and all other connected details, remain part of the hidden truth.”

South Africa’s former ambassador to Qatar, Faizel Moosa, doubles down: “everybody wants to know who gave the order, and we didn’t get out to the truth.”

“And I think this is where we’re stuck. [The] judgment was an indictment on our constitution and our law.”, he regretted.

“It proves that in certain aspects, the judiciary is willing to interpret the law very strictly. And in other aspects, I’m thinking of the St James massacre and those APLA guys that’s still languishing in jail.”

According to the court judgement, Walus must be released on parole within 10 calendar days from Monday.

What’s your take on Walus’ release?

HHC Cannabinoid Products: How to Use them? | The African Exponent.