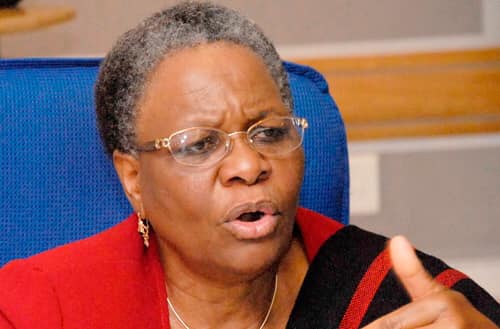 OPPOSITION party leaders say donating cows to a politician could be seen as buying political favour.

“Doing so in politics sends out the wrong message and may signal buying favours from a person in a new position, such as Swapo vice president Netumbo Nandi-Ndaitwah’s current one,” he says.

Popular Democratic Movement (PDM) leader McHenry Venaani says it is dangerous to receive gifts – even if it is declared.

“Sometimes leaders must fight perceptions first. Our view is that in our system under a party in public office engulfed by Fishrot as centre tool that bankrolled its campaigns, receiving gifts permeates the perception of people buying favour,” he says.

Four Bonsmara heifers, a bull and two oxen were donated to Nandi-Ndaitwah at a special thanksgiving ceremony she hosted at her traditional homestead in the Ohangwena region about three weeks ago.

Nandi-Ndaitwah defended the donation, saying it was presented to her to feed the nation.

He says it was made in good faith.

“Netumbo is not cheap. She is not corrupt to be bought by heifers,” Mbuende told The Namibian on Saturday.

The former Namibian high commissioner to the United Kingdom, Steve Katjiuanjo, says the four Bonsmara heifers and the bull were donated by him and Rodgers Kauta, while the oxen were donated by communities in the Otjozondjupa and Omaheke regions.

“Unfortunately, we are dealing with a person of integrity who, in my view, cannot be bought and cannot sell political positions at any cost, let alone the ridiculous notion of sale for heifers.

“We, the donors, do not have political ambitions, but we want the best for our country. That is why we are among the staunch supporters of the vice president.

“We have supported her re-election, and we will support her to be the next president of the country,” Katjiuanjo says.

Chanique Rabe is engaged – The Namibian