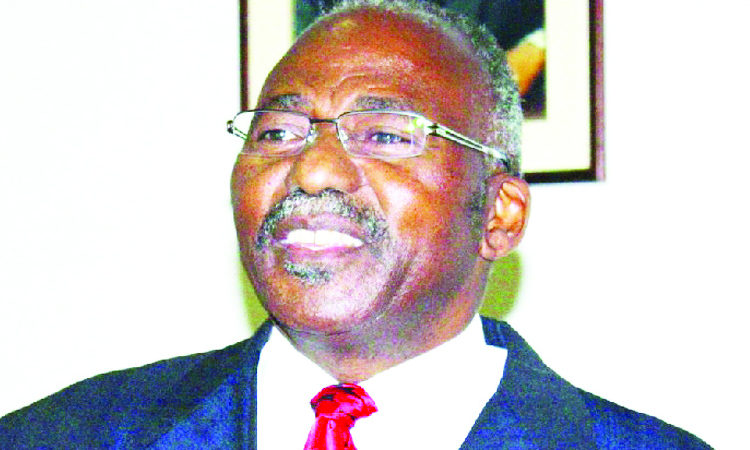 THE opposition caucus in the National Assembly (NA) have resolved to stay away from parliamentary sittings until their grievances have been addressed – a situation likely to plunge the parliament into disarray with important bills still on the table.

Opposition lawmakers on Friday handed over a joint letter to the speaker of the NA, Peter Katjavivi, in which they said they would not return to the parliament until their grievances have been addressed.

They are accusing Katjavivi of being biased against the opposition benches.

“It is perhaps prudent to remind you, that as the speaker of the National Assembly, you carry an inherent responsibility to exercise your duties with impartiality and not conduct yourself in a manner which prejudices one side of the house to the advantage of the other,” read the opposition’s letter.

Opposition members of parliament (MPs) took issue with Katjavivi for failing to call to order the deputy minister of works and transport, Veikko Nekundi, during his contribution to the second reading of the appropriation amendment bill last Wednesday.

They said Nekundi “uttered numerous unparliamentary, degrading and preposterous words towards the opposition”.

Nekundi accused the opposition of violating the Constitution by opposing the midterm budget review.

“I should put it on record that I appreciate the attacks by the opposition, in particular the Popular Democratic Movement, and perhaps attacks by Republican Party hand-clappers. These attacks are unwarranted and strive to hide their historical budget sins which they, through budgetary allocations, pushed the black majority of Namibians into abject poverty and deprivation from basic public necessities,” he said.

“ . . . History tells us they [the opposition] have no clue and neither do they care for our country and her people. So, honourable members, in comparison to this budget, the PDM’s was a criminal budget, it was a genocidal budget.”

These remarks by Nekundi, the opposition members reminded Katjavivi, were “clearly unparliamentary and out of order in terms of Rule 116 (e) of the standing rules and orders and internal arrangements of the National Assembly”.

They said despite various interjections and pleas from the opposition for the speaker to call Nekundi to order, Katjavivi allowed Nekundi to continue with his contribution and make more unparliamentary remarks towards the opposition.

“Therefore, in the face of this obvious bias by the speaker, we as the opposition had no choice but to withdraw ourselves from the chamber . . . “ they wrote in the letter.

“It is further imperative to highlight that this is not the first time that you as the speaker have demonstrated this one-sided bias. It is perhaps important for you to declare your allegiance so that we know and fight for our rights that could lead to the house becoming ungovernable.”

Opposition members said they were boycotting the parliamentary sittings until Katjavivi ruled Nekundi’s remarks as “unparliamentary and out of order”.

Katjavivi was forced to suspend Thursday’s sitting after the opposition walked out of the parliament a few minutes into the session.

After the walkout, he said: “It was basically an issue that occurred as a result of constant points of order that are raised by the members, but I felt given the level and the constant references of points of order we were not going to make any progress.”

The opposition boycott is likely to negatively affect the business of the house.

The secretary general of the National Unity Democratic Organisation (Nudo), Joseph Kauandenge, says it was expected that there would be a vote on the appropriation amendment bill on Thursday.

He said the opposition can, however, not be blamed for the disruption in parliamentary proceedings.

“We have been asking where is the discipline of Swapo MPs and the Swapo party to call on their members to attend parliamentary sessions,” Kauandenge said, referring to the absence of Swapo MPs from parliament.

Govt in talks with two oil companies to work from Lüderitz