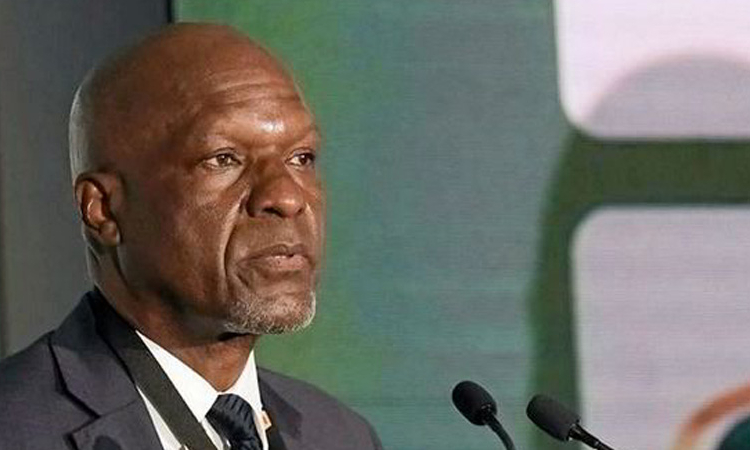 MINES and energy minister Tom Alweendo says the country has decided to update the rules related to the application of oil licences to avoid flipping, and to root out owners who are in it for a get-rich-quick scheme.

Flipping is the act of purchasing a revenue-generating asset and quickly reselling it for profit. Within the real estate industry, the term is used by investors to describe the process of buying, rehabilitaion, and selling properties for profit.

Controversial businessperson Knowledge Katti is known for flipping licences over the past years.

The revised rules for licence applications, which call for an exploration programme and budget to be included, are designed to avoid development delays, Alweendo said.

“Over the years, a trend has emerged where exploration rights are awarded to applicants that have not proven any serious intention to do exploration. The main reason why they apply for exploration licences is not so much to do exploration but rather to trade with the licences once awarded,” he said.

Alweendo said the repeated sale of exploration licences would have a ruinous effect on Namibia’s long-term resource development.

Early this year, TotalEnergies and Shell discovered light oil off the shore of Namibia, and the two companies are in an appraisal phase to determine the size and commercial feasibility of the fields.

Alweendo has been pushing for the two discoveries to reach production as soon as possible, citing that developed countries that are anti-oil used oil to support their economies at development stages.

This new membership comes after the ministry said it will take time for Namibia to join the Organisation of the Petroleum Exporting Countries (Opec).

Appo has 18 members, with Senegal and Namibia as the new members, and Venezuela as an observer member.

The association was established in 1987 in Lagos, Nigeria, to serve as a platform for cooperation and harmonisation of efforts, collaboration, sharing of knowledge and expertise among African oil producing countries.

The State of African Energy 2023 Outlook says the oil and gas discoveries in Namibia have led to the drilling of 10 high-impact wells across the continent.

The report released in South Africa last month, during the Africa Energy Week held in Cape Town, notes that offshore and onshore projects in Namibia, Mauritania, Senegal, South Africa, Mozambique, Tanzania and other potential oil-producing countries could produce 8% of the continent’s oil and gas output between 2026 and 2030.

The volumes would, however, increase from 2031 to 2040, with cumulative oil volumes expected to average 2,5 million barrels of oil equivalent per day.

The report further says in 2021, oil exploration companies drilled 860 wells and that by the end of 2022, there could be 895 wells drilled on the continent.

Compared to the past decade, the current number of wells has declined due to Covid-19 and other economic factors, such as the fall in oil prices.

Licences in Namibia are cheap. To apply for an exploration licence, a payment of N$30 000 is required. If oil is found, a 25-year production licence amounts to a mere N$30 000.

The Namibia Petroleum Operators Association has said oil exploration companies have spent over N$30 billion searching for commercially viable oil in the country since independence.

Renowned economist John Steytler has said oil discoveries in Namibia, possibly amounting to billions of barrels of oil, have the power to transform the nation.

Namibia has been called the next big oil frontier, as it has the same offshore geological formations as the coast of Brazil, where the giant Lula field was discovered in 2006.

The perceived oil potential has resulted in a get-rich-quick scenario where licences are acquired by well-placed Namibians for a fee of up to N$30 000 and sold on for millions, and this appears to be what the state is finally getting tired of after many years.

No more sleeping on beds made of sticks